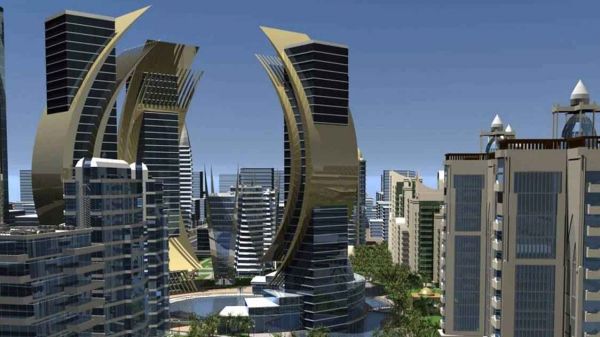 Ajman is undergoing dramatic growth and development like the rest of the United Arab Emirates so tourist attractions and activities as well as shopping, cultural and sporting opportunities are going to dramatically increase in the very near future. Currently there are three main tourist attractions in Ajman and this article will explore these further.

Ajmān has experienced massive development and a construction boom in recent years. The climate of the Emirate in general is moderate as the temperature & the humidity is high in summer, & winter the temperature may reach 25 Degree Celsius.

Tourists to Ajman have always enjoyed a visit to the Dhow Yard which is the biggest and one of the busiest Dhow building yards in the United Arab Emirates. Here visitors can see Dhows being built in the traditional manner, exactly the same as they have been built for centuries. The Dhow Yard also builds modern speed boats that compete in the Dubai Speed Boat races.

The Ajman Museum is also well worth a visit. This museum was opened in 1981and is housed in a fort that dates from the 16th Century. The museum has a strong emphasis on the traditional culture of the region and visitors cannot only see ancient artifacts but also modern reconstructions of traditional Bedouin ways of life including both social and trade reconstructions.

The Ajman Fort, believed to be built in the late 18th century, but, was shelled by the British war ships in 1820. It was built with local materials such as coral stones of the sea and gypsum, while special tree trunks brought from East Africa has been used for the ceiling. Later, the Fort was restored during the 19th and 20th centuries.

Tourists in Ajman have always enjoyed visit to Dhow Yard. Here, visitors get to see the dhows being built in a traditional manner. There are also modern speed boats being built here, to compete in the Dubai Speed Boat Races.