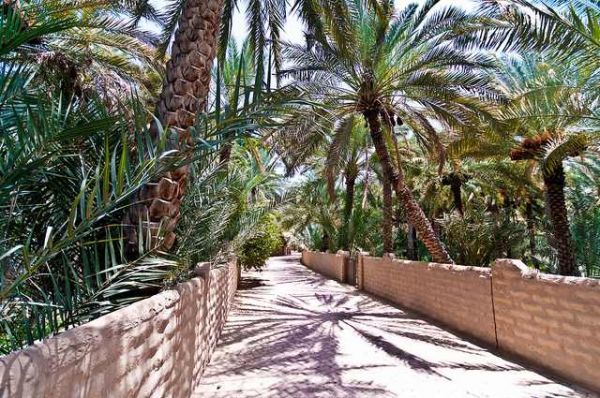 Al Ain Oasis is the largest oasis in Al Ain city within the Emirate of Abu Dhabi. Al Ain has seven oases; the smallest is Al Jahili Oasis. The rest are Qattara, Al Mutaredh, Al Jimi, Al Muaiji, and Hili.

Al Ain is located north of the Al Mutawa'a district & east of Al Jhali district, the main central district of Al Ain is to the north, with the Oman border to the northwest.

The oasis is known for its underground irrigation system "falaj" which brings water from boreholes to water farms and palm trees. The falaj irrigation is an ancient system dating back thousands of years and is used widely in Oman, UAE, China, Iran and other countries.

The oasis has been maintained in a way that highlights the country's Bedouin culture and traditions. Many old style houses, mainly used as storages and accommodation for farm workers, plus mosques, restaurants, rest areas and narrow pathways are present-day features.

The oasis is divided into numerous sections for date farming and they are owned by various departments, sheikhs and other nationals. All the plantations in the oasis are walled off and irrigated by falaj, an ancient irrigation system of narrow waterways that was first used as early as 1000BC. The water comes from the mountains about 30 kilometres away.