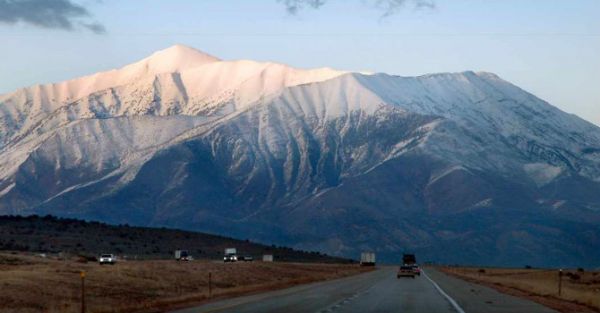 If you are planning a trip to Jordan, you should organize your time very precisely in order to get the best out of your trip and to explore the places and do the things you would to do.

However, there are a number of places and activities that travelers should never neglect while going on a Jordan group tours. This is because these places are difficult to be found in any other destination around the globe.

Petra surely exemplifies this notion. This historical site dating to the 3rd and 4th century BC is simply breathtaking. Serving as a significantly important commercial hub for the Nabataeans, who ruled over a large area around the region, Petra is featured with its rock carved establishments. Never miss exploring the Treasury, the ancient monastery, and the theatre of Petra. Everything in the area is truly magical!

Travelers who tour Jordan who are fond of nature and the gifts of god would love to explore the Dead Sea. Located at the lowest point on earth, the Dead Sea is characterized with the higher percentage of salt in its waters that prevented any fish to survive. However, the water of the Dead Sea and the surrounding salt and mud have amazing curative effects.

Another marvelous natural phenomenon included in many Jordan group tours is Wadi Rum. This large valley is featured with its wonderfully looking colored rocks and the magical ambience of the deserts. A camp for one night in Wadi Rum would surely be very rewarding.

History fans in Jordan should never be worried. The country is full of quite remarkable historical sites. Jerash is a finely preserved ancient town that dates to the 1st and 2nd centuries BC. The most wonderful features of Jerash is the huge ancient theatre, paved streets, and many notable temples.

The best example of an Arabian historical site would be the Ajloun Castle. Constructed by Saladin more than 1000 years ago, the castle was constructed to protect the region against any outer attack especially from the crusaders. Many sections of the castle today are still preserved and it is always worth a visit during a tour to Jordan.

Is Jordan safe to travel?

Jordan is safe to visit with notable low crime rate, tourist attractions are well secured and there is no common negative attitude towards foreigners, with some sensible precautions and preparations you will feel at home and as safe as you'll ever be.

What to wear when visiting Jordan?

How to get visa to Jordan?

Valid Passport with 6 months validity beyond your travel schedule is a must. All Visitors to Jordan that are not citizens of Turkey or certain Arab countries are required to have a visa to enter Jordan.

What language is spoken in Jordan?

Arabic is the most commonly spoken language in Egypt, it is also the national language in the country but JJordanians speak and understand English as they study it in school. Fewer Jordanians can speak other languages like French, Italian, Spanish, and German. Jordanians working in tourism sector are accustomed to speak enough English and other languages to fulfill the needs of most travelers.

What airlines fly to Jordan?

Jordan is very connected to the world, it has many direct flights with Africa, Asia, European Union and United States.

Can non Muslim go inside mosque in Jordan?

What is unique about your Jordan packages?

Being one of the leading players in travel industry since 1955, we offer a wide range of Jordan packages. Ensuring that your Jordan tour with us would be a lifetime experience with flexible Jordan tour itineraries, competitive prices, excellent customer service and multiple payment facilities. If you plan a tour to Jordan, here is the place you better look in. Whatever your Jordan travel plans, you will find range of Jordan holiday packages. Whether you plan for tour packages to Jordan for small group, singles, solo traveler, private, family or a couple, whether you need escorted Jordan tour packages for your parents or an unusual Jordan holidays and package for yourself, we can help you to tailor your holiday in Jordan as we offer many tour packages to Jordan with prices starting from 300 Usd. Uncover a set of Jordan holiday itineraries and pick from best Jordan travel packages with flights and without. Remeber to add more activities to your choosen Jordan tours and packages, we also categorize holiday packages to Jordan by topic to find your suitable interest. Whether you look for adventure Jordan packages or romantic vacations in Jordan, you will find it here. Being short trip to Jordan or long stay Jordan holiday we have the right Jordan vacation packages for you to select from. Planning Jordan cheap tours or luxury holiday in Jordan? browse our collection of vacation packages to Jordan to indulge you on your Jordan vacations and package at your desired budget. Browse Jordan Packages from Usa, Uk, Canada, Austraia, India, Europe, Aisa and Africa. Get prepared for your Jordan vacation reading our tips about the best time to visit Jordan, Jordan tourism & things to do in Jordan.

What is Jordan best known for?

What currency is used in Jordan?

The currency in Jordan is the Jordanian Dinar, it is about 0.71 to USD. Money exchange is widely available and Credit cards are largely used.

What type of hotels are there in Jordan? check-in time?

Jordan enjoys big hotel variety from world class luxury to simple hostel accommodations; Check in time in most hotels in Jordan is around midday, 12 or 1 PM.