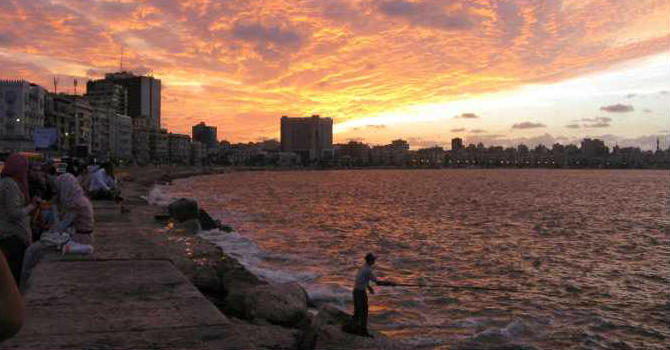 Our skilful guide would meet you in Cairo hotel to pick you up at 7:30 am then travel for 3 hours to visit the city of Alexandria, also known as the pearl of the Mediterranean Sea. It is believed to be Egypt second important city after Cairo and one of the top summer resorts for Arab countries and Middle East.

Wander the majestic monument of Pompay Pillar; it was established in the honor of the Emperor Diocletian by the end of the fourth century. It is originally related to the temple of the Serapis. Continue to the Castle of Sultan Quitbay, built on the same spot of the ancient light house of Alexandria.

Visit the Catacombs of Kom El Shokafa, it is the largest Roman cemetery consisting of 3 levels cut in the rock underground tunnel that shows the merge between Roman and Egyptian art. This cemetery been established originally for one family but expanded to act as a public cemetery. Transfer back to your hote in Cairol.

Linked to Cairo to Alexandria Tour