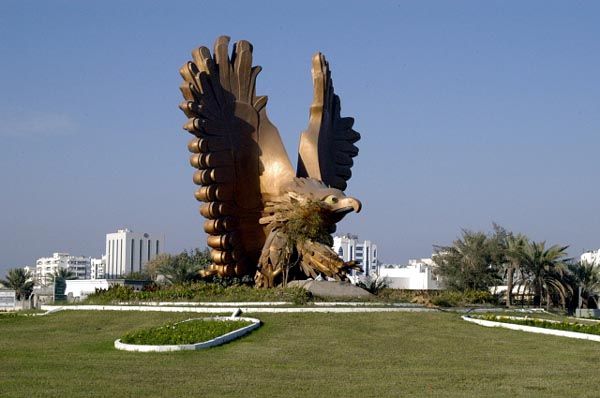 Emirate of Fujairah, one of the 7 emirates forming the United Arab Emirates, witnessed a rapid rate of economic and social development and tourism activities. Known for the clean beaches, numerous water sports and draw tourists all round the year.

Fujairah is one of the seven emirates that make up the United Arab Emirates, It is also the youngest of the Emirates, only becoming independent from Sharjah in 1952. It is the only one of the seven that has a coastline solely on the Gulf of Oman and none on the Persian Gulf. The Hajar Mountains separate Fujairah from the rest of the country.

Fujairah is also home to the oldest mosque in the United Arab Emirates which was built in 1446 of mud and bricks.  It is similar to other mosques found in Yemen, eastern Oman, and Qatar. Al Bidyah Mosque has four domes (unlike the other similar mosques which have between seven and twelve) and lacks a minaret.

There are several tourist attractions in Fujairah. The Fujairah port is an important port for container liners and the world’s largest livestock shipping companies have set up their main holding station for cattle for the entire Arabian Peninsula here.

Fujairah has some of the best snorkeling and scuba diving in the UAE, and there are other water sports such as yachting, swimming, water surfing and deep-sea fishing that also attract tourists throughout the year. The best time to visit Fujairah is during the autumn or spring when the temperature is still hot, but the rains are yet to arrive.

Ain Al Madhab Gardens are located in the foothills of Hajar Mountains, just outside the town of Fujairah. The Fujairah Heritage Village depicts the traditional way of life for residents of Emirates, traditional houses, farming tools, cooking utensils, and the Al Yazrah irrigation system, used for irrigating fields with a working bull. The village contains Fujairah Fortress and other ancient buildings, used by the Ruler family.

The Fujairah Museum is located south of the Fort, opposite Ruler Palace. The Museum takes back visitors to 3000 years of history, displaying wonderful artifacts found in archeological digs at Bithnah and Qidfa.

Al Hayl Castle, it is one of the famous castles in Fujairah. Considered as the headquarters for ruling family, the historic castle was established more than 250 years ago, and has been used for surveillance, patrolling and to defend the area.