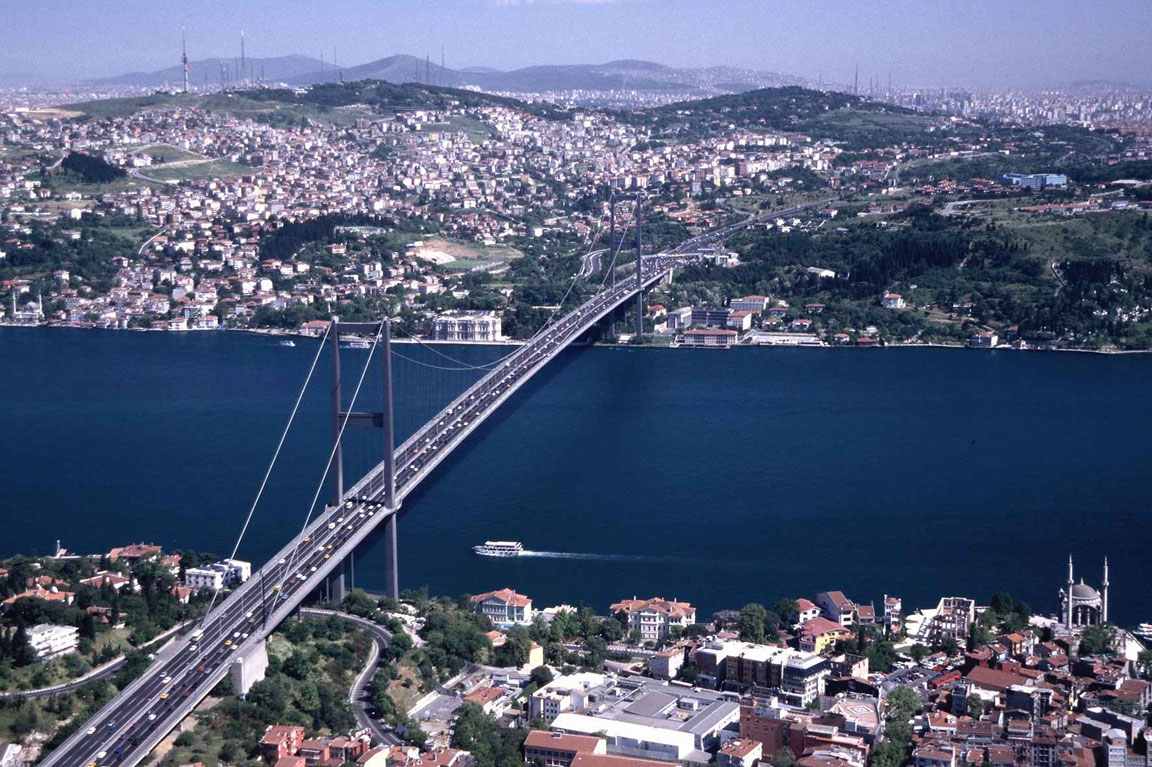 Istanbul, largest city in Turkey, it's the economic, cultural & historical heart. The city center is partially listed as a UNESCO World Heritage Site, but its cultural and entertainment hub can be found across the city's natural harbor, the Golden Horn, in the Beyoğlu district.

Considered a global city, Istanbul hosts the headquarters of many Turkish companies and media outlets and accounts for more than a quarter of the country's gross domestic product. Hoping to capitalize on its revitalization and rapid expansion, Istanbul is currently bidding for the 2020 Summer Olympics.

However, the history of Istanbul generally begins around 660 BC,  when settlers from Megara, under the command of King Byzas, established Byzantium on the European side of the Bosphorus, which connects the Sea of Marmara to the Black Sea.

The city experienced a brief period of Persian rule at the turn of the 5th century BC, but the Greeks recaptured it during the Greco-Persian Wars.  Byzantium then continued as part of the Athenian League and its successor, the Second Athenian Empire, before ultimately gaining independence in 355 BC.

Long allied with the Romans, Byzantium officially became a part of the Roman Empire in 73 AD. Istanbul's many attractions include towering minarets, underground Byzantine cisterns and steamy bathhouses. Basilica Cistern, The city's most unexpectedly romantic attraction.

Constructed in the sixth century and then forgotten for centuries, the cistern that once stored the water has been fitted with lights and music. Fish flitter around the bases of the 336 columns that support the ceiling. The Hagia Sophia is one of the de facto city symbols of Istanbul.

The Hagia Sophia was the largest cathedral in the world for over a millenium, until the city of Seville, Spain got ambitious. Blue Mosque, The National Mosque of Turkey was built in the early 17th century and with the Hagia Sophia, provides Istanbul with one of the most brilliant skylines in the world.

Topkapi Palace, at the height of the Ottoman Empire, grand Topkapi Palace was home to more than 4,000 people. Süleymaniye Mosque, Mosques just don’t get much more beautiful than what’s in store for visitors to Istanbul. Bazaars, Istanbul’s Grand Bazaar and Spice Bazaar harken back to a bygone age of more than half a millennium ago.

The two largest covered shopping complexes in the world contain thousands of shops. Istanbul is characterized as having a Mediterranean climate.