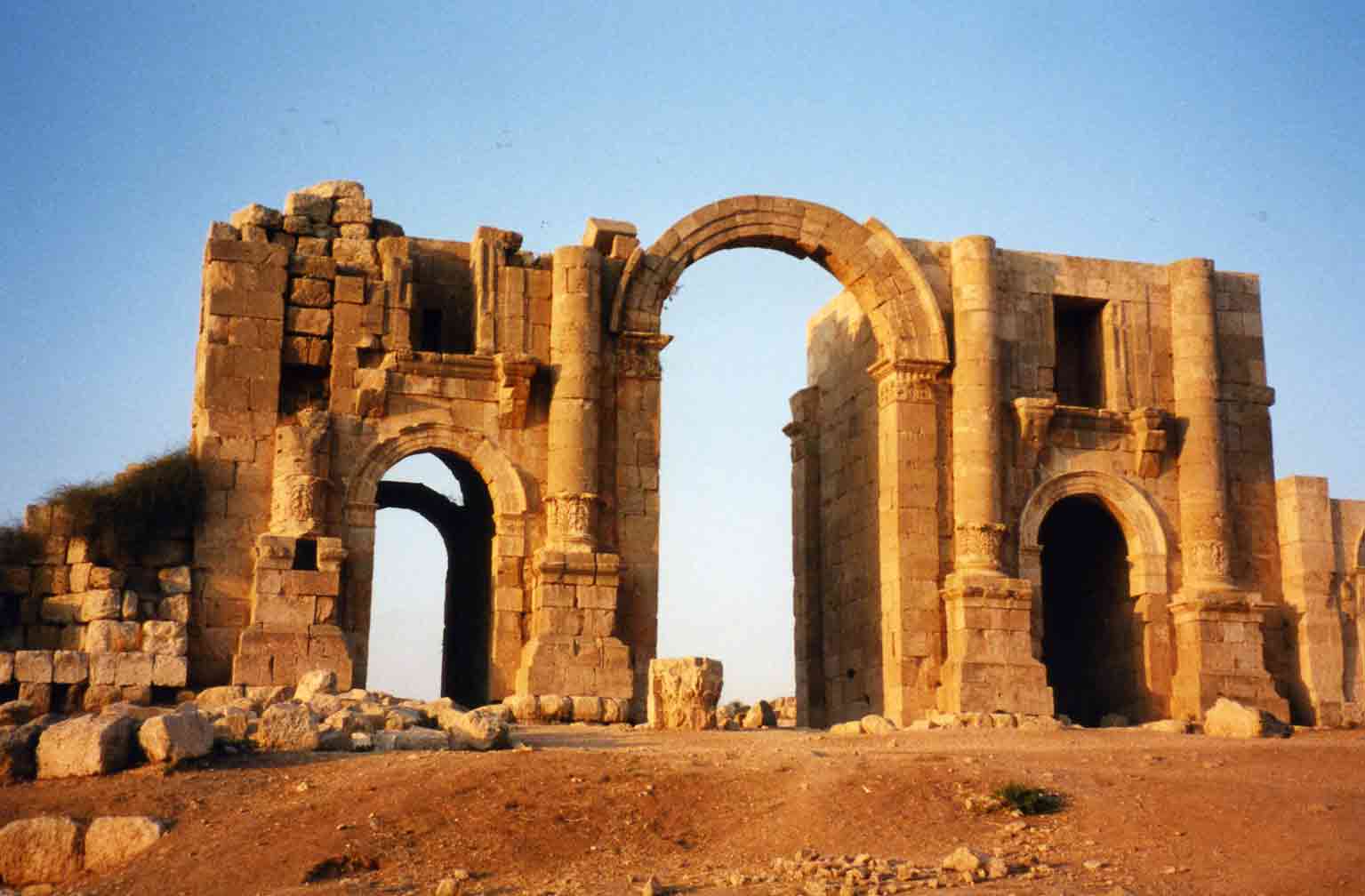 Jerash is known for the ruins of the Greco-Roman city of Gerasa, also referred to as Antioch on the Golden River.Jerash is Located 48 km north of Amman Jordan. The ruins of Jerash include places of worship from the Hellenistic, Roman, Byzantine and early Muslim periods.

It is the grandeur of Imperial Rome being one of the largest and most well preserved sites of Roman architecture in the World outside Italy.

Its paved and colonnaded streets, soaring hilltop temples, handsome theaters, spacious public squares and plazas, baths, fountains and city walls pierced by towers and gates remain in exceptional condition. The city received yet another boost in stature with the visit of Emperor Hadrian in 129 AD. To honor its guest, the citizens raised a monumental Triumphal Arch at the southern end of the city.

Jerash's prosperity reached a peak in the beginning of the 3rd century, when it was bestowed with the rank of Roman Colony. Jerash is a large and fascinating archaeological site. Visitors enter on the south side through Hadrian's Arch, built in honor of its namesake.

Nearby is the Hippodrome, where chariot races and sporting events were held. The Temple of Zeus overlooks the spacious Oval Plaza, surrounded by a colonnade of 1st-century Ionic columns. Stretching north from the Oval Plaza is the Cardo Maximus, the main Roman road in Jerash.

Archaeological Museum, which houses a fascinating collection of artifacts found at the site, including gold jewelry, coins and glass. The colonnade of the Cardo becomes taller at the entrance to the marketplace (Macellum).

Temple of  Dionysus, which was rebuilt as a Byzantine church in the 4th century. It has been dubbed the "Cathedral. Church of St. Theodore built in 496 AD. In between the two churches is a small paved plaza with a fountain in the center, which was originally the Cathedral atrium.St. Cosmos and St. Damian, St. John the Baptist and Propylaeum Church was built opposite the Propylaeum on the site of a courtyard that formed part of the processional way to the Temple of Artemis. The courtyard's columns were incorporated into the church.