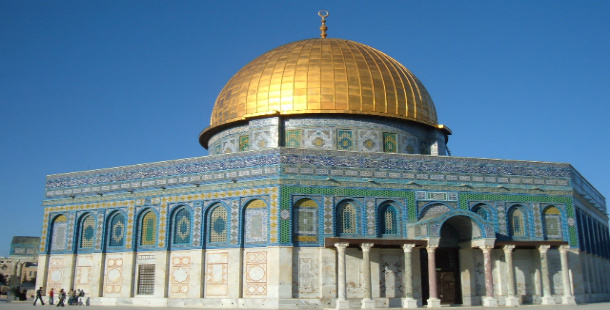 The City of Gold, as it has come to be known in Hebrew, is a unique place where the first century rubs shoulders with the twenty-first century, each jostling for legitimacy and space, and where picturesque oldneighborhoods nestle against glistening office towers.

It is one of those places which have to be seen to be believed. At Jerusalem’s heart is the Old City, which is surrounded by a wall and divided into four quarters - Jewish, Armenian, Christian, and Muslim.

Inside the walls are the important holy sites of the three major religions: the Western Wall, which is holy to the Jews, the Church of the Holy Sepulcher, and the Dome of the Rock on the Temple Mount. The Western Wall plaza is visited by millions of worshipers.

Here, at the base of the massive wall that is a remnant of the Holy Temple, prayers are offered and notes containing heartfelt wishes are wedged between the crevices. Surrounding the Western Wall are other important Jewish sites - the Western Wall Tunnels, the unique Davidson Center, the Jewish quarter with its magnificent Cardo and David’s Citadel, towering proudly in its beauty.

South of the Old City is the City of David, from which the ancient Can’anite and Israelite Jerusalem grew. This is a fascinating site with amazing findings that provide an unforgettable experience.

One of the most prominent and important sites in the Christian quarter is the Via Dolorosa, the “Way of Sorrows,” Jesus’ final path, which according to Christian tradition led from the courthouse to Golgotha Hill, where he was crucified and buried.

Southwest of the Old City is Mt. Zion, where the Dormition Abbey was built on the site Christian tradition believes Mary spent her last night.

East of the Old City is the Mount of Olives, where there are other important Christian sites, and several churches: The Ascension, Pater Noster, Dominus Flevit, Mary Magdalene, Gethsemane, Lazarus and Abraham’s Monastery. According to Christian tradition, Mary’s tomb is in the Kidron Valley, below the Mt. of Olives.