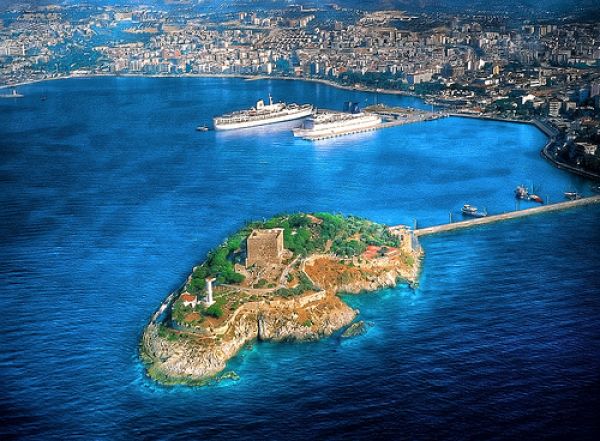 Kusadasi or known as the bird island is a resort town on Turkey's Aegean coast and the center of the seaside district of Aydın Province. Kusadasi is a magnificent and perfect place for an unforgettable vacation. It is full of great tourist destinations for visitors and residents!

The area has been a centre of art and culture since the earliest times and has been settled by many civilizations since being founded by the Leleges people in 3000 BC.

Later settlers include the Aeolians in the 11th century BC and Ionians in the 9th century. Originally seamen and traders the Ionians built a number of settlements on this coast including Neopolis.

Kusadasi is situated suitably nearer to many well-known tourist areas such as Ephesus, The House of Virgin Mary, The Temple of Artemis, Priene, Miletos, and The Temple of Apollon in Didyma etc...

For those who are lovers of history and culture, don't miss the chance on these "must see" attractions.