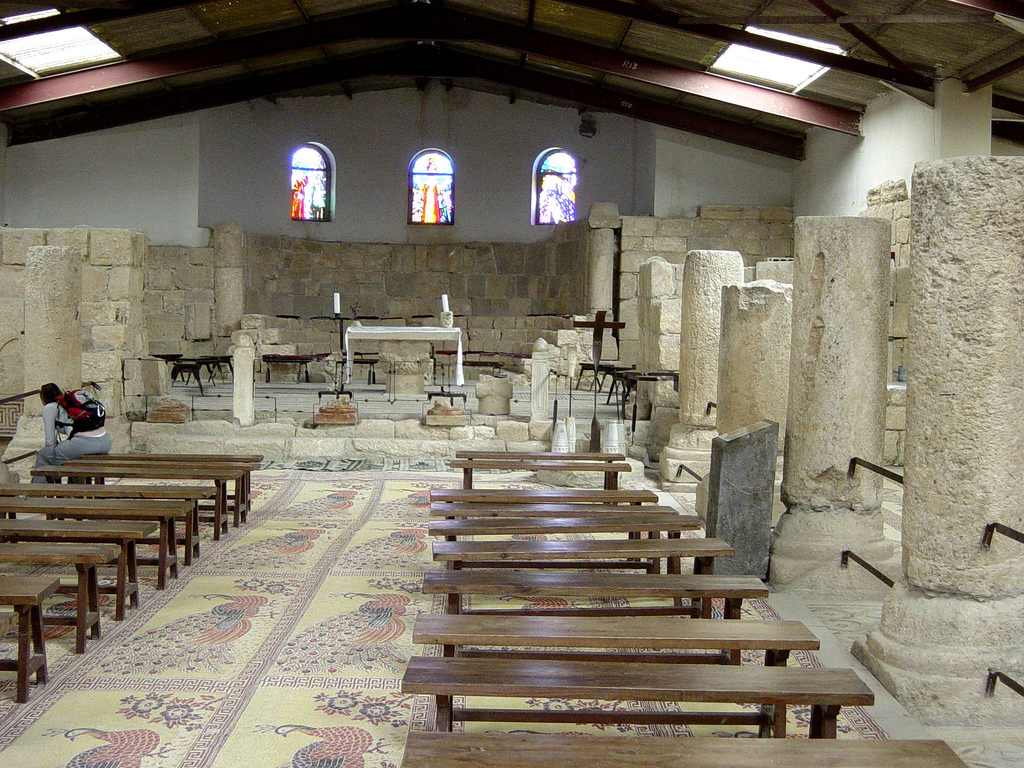 Madaba city, is the capital of Madaba Governorate in central Jordan, known for Byzantine & Umayyad mosaics especially the large Byzantine-era mosaic map of The Holy Land. Madaba has long history stretching from the Neolithic period, it was once a Moabite border city.

Madaba is located 30 kilometers south-west of the capital Amman. It is compact and easily explored on foot, with some excellent hotels and restaurants, and is less than an hour by regular public transport from Amman, so it's worth considering as an alternative to Amman as a place to stay.

Madaba’s main attraction is its magnificent Byzantine mosaics, drawing many visitors, especially since the creation of an archaeological park. They cover the floors of houses and churches dating from the site’s earliest period of habitation.

A school of mosaics has also been founded here. Visitors to the town should not miss these magnificent pavement decorations, before heading off to see the surrounding Biblical sites of Mount Nebo and Bethany, where Christ was baptized. Southwest of  Madaba is Hammamat Ma’in, the thermal mineral springs that for centuries have attracted people to come and immerse themselves in the sites’ warm therapeutic waters.

There is an excellent 5-star hotel operated by the well known Six Senses group here, which offers indoor and natural outdoor hot pools, a swimming pool and spa facilities.

Um er-Rasas (Kastrom Mefa'a) is located south-east of Madaba on the edge of the semi-arid steppe. Um er-Rasas was nominated as a World Heritage Site in 2004. This archaeological site, which started as a Roman military camp and grew to become a town from the 5th century, is largely unexcavated. Mt. Nebo offers a fantastic view westward, with a vista that includes the Dead Sea, the West Bank, the Jordan River, and, on a clear day, Bethlehem and Jerusalem.

At the southern entrance to Madaba, near the King’s Highway, is the Church of the Apostles. The ruins of this Byzantine church date to 578 CE, and are currently being restored. One of Madaba’s most beautiful mosaics adorns the floor of this church. The mosaic is known as "Personification of the Sea" and it vividly depicts a woman emerging from the sea, surrounded by mythical aquatic creatures and a hodgepodge of rams, bulls, parrots and exotic vegetation. The mosaic was signed by a mosaicist named Salamanios.