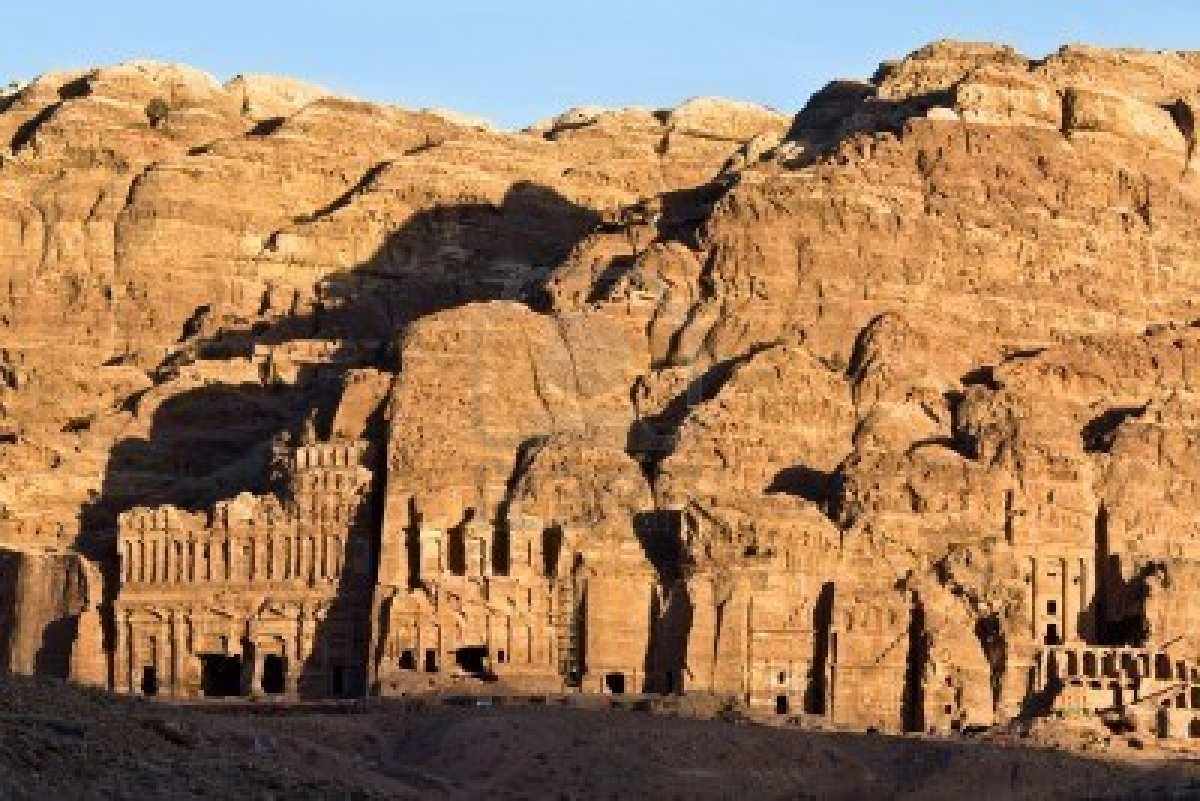 Petra Jordan is Located between the Red Sea and the Dead Sea. It is a vast, unique city, carved into the sheer rock face by the Nabataeans, an industrious Arab people who settled here 2000 years ago.  It is an important center for commerce where Arabian incense, Chinese silks, and Indian spices were traded. It is famous for its rock-cut architecture and water conduit system.

Petra in Jordan had a sophisticated system for providing water to the arid region. It lies on the slope of Mount Hor in a basin among the mountains which form the eastern flank of Arabah (Wadi Araba), the large valley running from the Dead Sea to the Gulf of Aqaba.

Petra, Jordan was lost to the Western World from about the 14th century until the early 19th century. Petra of Jordan was also named one of the New 7 Wonders of the World. Petra declined rapidly under Roman rule, in large part from the revision of sea-based trade routes. In 363 an earthquake destroyed many buildings, and crippled the vital water management system.

The ruins of Petra Jordan were an object of curiosity in the middle Ages and were visited by Sultan Baibars of Egypt towards the end of the 13th century. Because the structures weakened with age, many of the tombs became vulnerable to thieves, and many treasures were stolen.

Inside the site, several artisans from the town of  Wadi Musa and a nearby Bedouin settlement have set up small stalls selling local handicrafts, such as pottery and Bedouin jewellery, and bottles of striated multi-colored sands from the area. The Bedouin women living in the vicinity of Petra and under the leadership of Sheik Khallil's wife were recruited to fight in the defense of the city. The defenders were able to completely devastate the Turkish/German forces.

In 2006 the design of a Visitor Centre began. Petra, the world wonder, is without a doubt Jordan’s most valuable treasure and greatest tourist attraction as The Treasury - Al Khazneh, High Place of Sacrifice, Street of Facades, Obelisk Tomb, Temple of the Winged Lions, Palace Tomb and Silk Tomb.