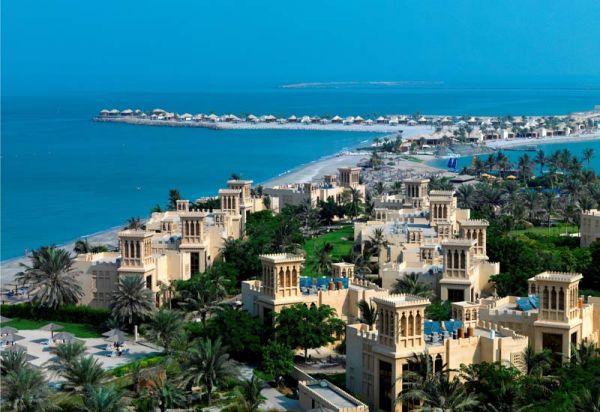 Ras Al Khaimah has earned its reputation as a pre-eminent commercial center with an innovative, dynamic, & entrepreneurial business culture. It consists of a northern part, a large exclave in the south & few small islands in Arab Gulf.

Ras al Khaimah is one of the emirates of the United Arab Emirates (UAE), on the east side of the Persian Gulf.
Ras Al Khaimah is strategically positioned to serve and access markets spanning the Middle East, Africa, Indian subcontinent and the CIS countries.

Ras al-Khaimah has been the site of human habitation for several millennia and there are many historical and archaeological sites throughout the emirate dating from different time periods, including remnants of the Umm an-Nar Culture (3rd millennium BC.  Ancient graves were found in the Emirate in October 2012.

National Museum of Ras Al Khaimah, One of the greatest archaeological wonders and the long-standing history of RAK can be gathered by a visit to the National Museum, which was formerly the fort, and the residence of the RAK Ruler.

RAK’s Hajar Mountains is a natural wonder in the region. It slopes directly into the sea with highest point located in the north. The area is known as the ‘Ru’us Al-Jibal’, implying ‘Heads of the Mountains’.

Saqr Park is the only popular park in the emirate of Ras Al Khaimah, located in an area called Kieran. It is also a popular destination for weekend getaway. There are children play areas throughout the park, apart from rollercoaster.