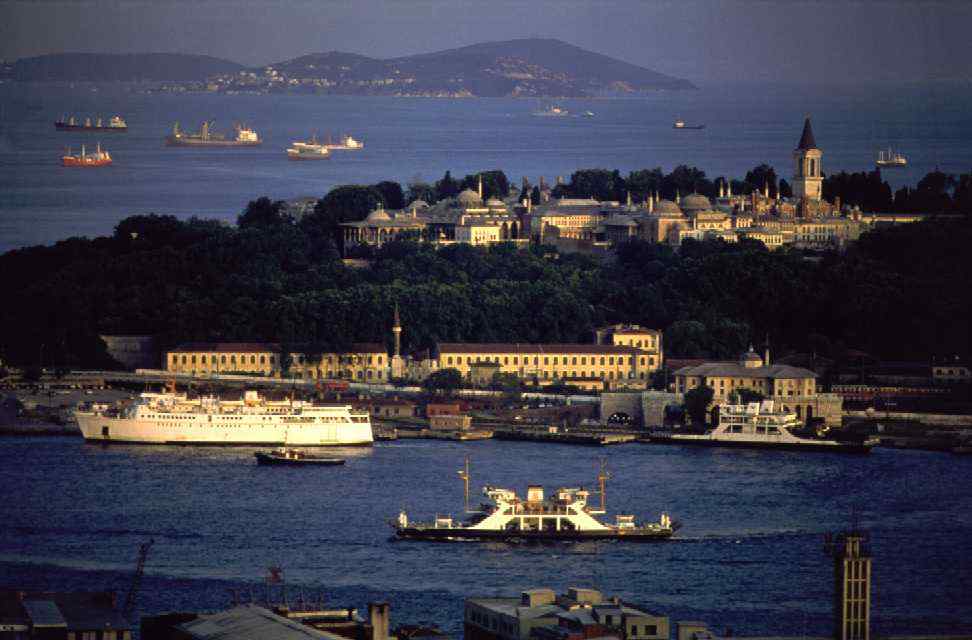 Topkapi Palace, large palace in Istanbul Turkey, home of the Ottoman sultans for nearly 400 years, the heart of the Ottoman Empire and royal residence. The palace was a setting for state occasions, now a major tourist attraction containing holy relics of Muslim world.

The Topkapı Palace is among the monuments contained within the "Historic Areas of Istanbul", which became a UNESCO World Heritage Site in 1985, and is described in Criterion iv as "the best example of ensembles of palaces of the Ottoman period.

At the height of the Ottoman Empire, grand Topkapi Palace was home to more than 4,000 people. Today, the historic complex, cultural monument and museum draws considerably more visitors than that. A scenic spot over the Bosphorus provides the palace with a dramatic perch.

The vast interior can take hours to tour and digest, with a peerless collection of holy Muslim relics and numerous chambers, courtyards, halls, mosques and gardens to explore.

The first courtyard is known as the courtyard of the Janissaries, who acted as one of the branches of the Ottoman army. They were formed from boys who had been taken from their families at the ages of 9-16, during the Ottoman conquests in Europe.

The second courtyard served as the official section of the palace, holding the imperial kitchens, bakery, storage rooms and the divan.

The third courtyard opens with the Arz Odasi (audience hall for visitors to the Sultan). There are also rooms of the Enderun (palace school), and various sections displaying the ceremonial dresses of the Ottoman Sultans, holy relics, the portraits of the sultans, a library and the Treasury.

The fourth court is more of a garden than a courtyard, built on varying levels decorated by kiosks or pavilions. The Baghdad and Revan Pavilions, Mecidiye Kosk and a mosque can all be found here.