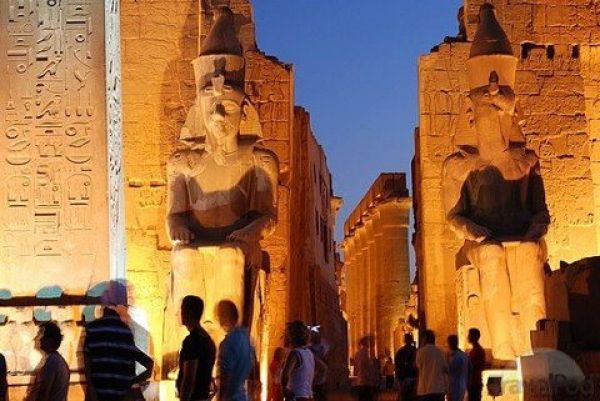 Luxor, situated 680 kilometres to the South of Cairo, is a city with extraordinary magic. Being the capital of Egypt for a very long period during the reign of the New Kingdom of the Pharaonic era. The golden period of ancient Egypt when it was called Thebes, exploring Luxor offers tourists great chances to visit several breathtaking monuments.

The word "Luxor" in the Arabic language means numerous palaces. The city took this name when the Moslems conquered Egypt in the 7th century AD as they found a large city in Southern Egypt with many impressive buildings and structures constructed in the Pharaonic era.

The best way to explore this ancient capital is to do it correctly with a Luxor vacation package. These packages are an excellent option for anyone looking to take a trip to Egypt who can't afford a full-fledged vacation. Many budget tours start and end in Luxor, so whether you're travelling for a long weekend or a few days in the Egyptian desert, you can find something to fit the bill.

There are many floating hotels in Luxor, where tourists enjoy a Nile cruise journey from Aswan to Luxor, or vice versa, where they enjoy the luxurious facilities and services of the cruise, explore the most important highlights of Upper Egypt and take pleasure in sailing down the River Nile.

The Luxor vacation packages include the city's major highlights, which were said to host one-quarter of the important monuments and antiquities in the world. The most famous historical sites in Luxor include the marvellous Karnak Temple, the centre of the cult of Amun, the king of gods. There is also its other twin temple, the impressive temple of Luxor.

The West Bank of Luxor was the burial site of ancient Thebes. This is why it hosts the Valley of the Kings, the royal necropolis of the kings from the 18th to the 21st dynasties in ancient Egypt. This burial site includes the remarkable Tut Ankh Amun tomb, discovered intact in 1922 by Howard Carter in 1922 as the most important archaeologist achievement of the 20th century.

Luxor Egypt vacation packages usually include visiting the splendid mortuary Temple of Queen Hatshepsut, the Colossi of Memnon, these two substantial famous statues which have become a landmark of Luxor, the Valley of the Queens, and many other interesting Pharaonic sites.

The pharaonic city of the Nile, which the River Nile splits, boasts of some of the world's best monuments and landmarks and is also an excellent base for a wide range of excursions, from a luxury cruise to an extensive list of sightseeing attractions.

For any Pharaonic history and art fans, a trip to Luxor is a must. The city is considered to be an open-air museum of antiquities. Even for tourists who want to spend less money, many budget tours start from Luxor to explore the magic of Egypt.

How much do the Luxor vacations cost?

Starting from $185, you can either choose from our ready-made packages or build your holiday package to Luxor.

What do the Luxor Egypt vacation packages include?

What should I know before booking Luxor tour packages?

Booking the All inclusive Luxor tour package is the best way to save.

Can I book my airline with the all inclusive holidays to Luxor?

Sure, With any of our holidays to Luxor, you can include your flight tickets and fly to Luxor in the economy or business class.

Luxor to Aswan by Boat