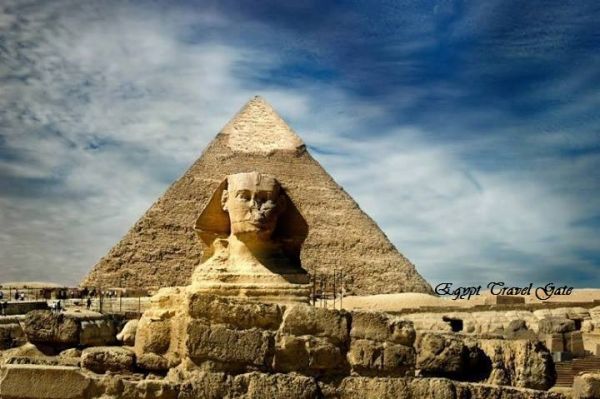 Get Your Egypt Pyramid Tour Packages Served Well. We Run Private Pyramid Tours Egypt Decades Ago. The Private Tours to Cairo Pyramids are Essential Part of Your Egypt Tours. Get Your Giza Pyramids Tours Planned by Experts.

The Giza Pyramids are one of the world's most famous and intriguing ancient sites. It is also a UNESCO World Heritage Site. It is located on the west bank of the River Nile in Giza, Egypt, near Cairo.

The pyramids are a great wonder of the world for many people around the globe because they represent a significant part of human history, and tourists from all over the globe go on Egypt pyramids tours.

Cairo tours of pyramids are your grand entry to view and admire the most outstanding achievements of the Pharaohs. The Giza Pyramids Tour includes visits to the Great Pyramid, Khufu's Pyramid, Khafre's Pyramid, and Menkaure's Pyramid. It is possible to visit the pyramids by taking a camel ride or horseback tour.

The three Pyramids of Giza Cheops - Khafre - Menkaure, together with the famous sphinx, were all constructed between 2550 and 2480 BC as the royal necropolis of these famous kings. The sphinx was erected to protect the complex.

The Pyramids of Giza embody one of the most critical steps of the evolution of the burial architecture of the ancient Egyptians. In the very beginning, the deceased's body was only buried in a hole in the ground. Afterwards, a small structure, or a Mastaba, was built on top of this hole.

The first attempt to construct a pyramid was carried out by Djoser, who belonged to the 3rd dynasty, when his architect, Amenhotep, erected the famous step pyramid in Saqqara. Senfru, the father of Cheops, achieved the first proper pyramid in Dahshur. Famous as the Red Pyramid, it was constructed after several failed attempts by the same king near Fayoum and other structures in Dahshur.

Considered as one of the old Seven Wonders of the World, the Pyramid of Cheops is now 137 meters in height, and the length of each side of its base is 230 meters. The stones used to construct the pyramid weigh from one ton to twenty-five tons.

The construction process of the Pyramid of Giza took around 20 years to finish, building one of the most astonishing structures on earth and the most important monument in Egypt.

Although many kings of ancient Egypt tried to construct pyramids during their ruling period to reflect their greatness, the Pyramids of Giza will always remain the masterpiece of the architecture and arts of ancient Egypt.

How much deposit should I pay for Egypt pyramid tour packages?

25% of your Egypt pyramids holiday package price, but it goes up to 50% during Christmas and Easter peak seasons.

Do you book Egypt pyramids holiday package with airfare?

Sure, you can add your flight tickets to the trip to egypt pyramids cost. Ask our agents about our best flight offers.

Do you custom this Egypt pyramid vacation packages?

Sure; offering multiple Egypt pyramid tour packages allow us to custom all inclusive holidays Egypt pyramids as per your request.