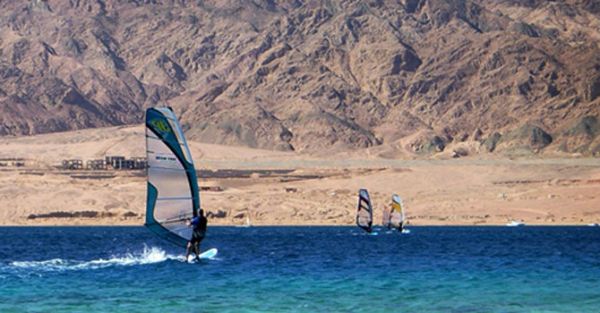 Where is the Red Sea located?. It is to the East of Egypt; Sinai & Gulf of Suez to the West and Aqaba Gulf to the East. It passes by the lands of various countries including Egypt, Sudan, Eretria in Africa and Saudi Arabia, Yemen, and Jordan in Asia.

The Red Sea is a large body of water among the first mentioned in recorded history. It is is one of the two seas that Egypt overlooks. Among other countries in the world, the land of the Pharaohs is blessed to be having the Mediterranean Sea in the North and the Red Sea in the East.

The Red Sea is popular all the globe for its wonderful species of fish, coral reefs, high salinty and various undersea creatures that grab the attention of numerous tourists to have their vacations in Egypt in cities like Sharm El Sheikh and Hurghada which some quite amazing beaches on the shores of the Red Sea.

The Red Sea is located to the East of Egypt with Sinai, the Suez Gulf to the West, and the Aqaba Gulf to the East, at its very top to the North. It passes by the lands of various countries including Egypt, Sudan, Eretria in Africa and Saudi Arabia, Yemen, and Jordan in Asia.

The Red Sea has a surface area of around 400,000 square kilometers. The length is about 2250 kms, the deepest point reaches more than 2200 meters as maximum depth and the average depth is around 500 meters. The Red Sea has always been famous for its wonderful coral reefs with more than 200 types.

The Name, the Red Sea is the direct translation of a Greek word that described the sea in ancient times. For the Arabs, it was called the Qalzam Sea and the word Qalzam means the strait. Some historians, nevertheless, assert that it was simply called the Red Sea because of the rich diverse underwater it has.

For Egypt, the shores of the Red Sea extend from the end of the Suez Canal till the borders with Sudan with a length of about 1000 kilometers. It played a major role in the number of tourists who visit Egypt to have a great vacation by the Red Sea.