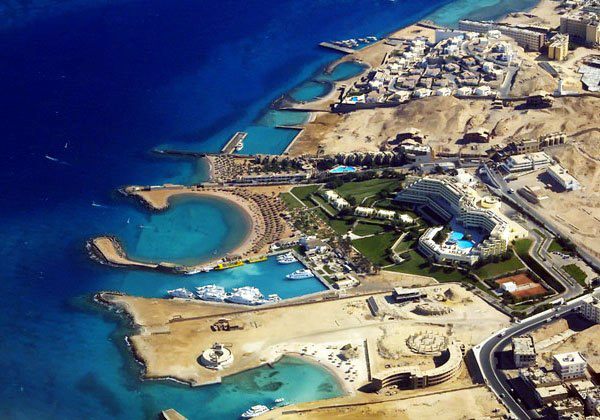 Hurghada Egypt is the jewel of the Red Sea and one of the most important beach resorts in the land of the Nile. With a coastline that extends for more than 45 kilometers, from North to South, Hurghada welcomes many tourists who travel to Egypt.

Hurghada was established at the beginning of the 20th century. The name Hurghada comes from the word Ghardaq, a name of a tree which was the meeting point of fishermen who used to fish around Hurghada.

At the very beginning, Hurghada consisted of small primitive huts where Bedouins and workers used to live. In 1913 oil was discovered in the area and played a major role in the development of the city.

The population of Hurghada is now around 150,000 people who work in tourism mainly and many several other activities. Hurghada also became the home of many foreigners who fell in love with the city.

In Hurghada there are several intreseting things to do from cultural activities to fun and adventures. Day Tours to Cairo and Luxor are common activity as you should not miss this cjance to maxmize your Egypt experiene, some tourist go beyond to include a Nile cruise Luxor Aswan with a short visit to Abu Simbel famous temples.

Bedouine tours with desert safaris are present as well, along family friendly activities that suit all family members to Aqaua Park and Fantazia 10001 Nights dinner and show. If you are a sea fan then you would feel yourself in paradise; all snorkeling, diving and water sports are easily booked and handled on spot to Hurghada wonderfull coast on the Red Sea.