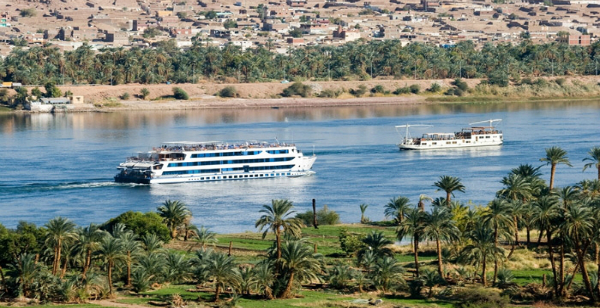 Explore the Nile River map, source of the Nile, Nile river Location, and the River Nile history in ancient Egypt. The Nile is a major north flowing river in northeastern Africa, generally regarded as the longest river in the world.

Where is The Nile River Located on a map

In the ancient Egyptian language, the Nile is called (Great River), also called the river Aur (black) for the color of the sediment left after the river’s annual flood.

Where is the Nile river located?. It runs through the ten countries of Sudan, South Sudan, Burundi, Rwanda, Democratic Republic of the Congo, Tanzania, Kenya, Ethiopia, Uganda and Egypt.

The Nile River has huge significance in regards to Ancient Egypt. Most of Ancient Egypt’s historical sites are located along the banks of the Nile River including cities such as Luxor and Cairo. The northern section of the river flows almost entirely through desert, from Sudan into Egypt, a country whose civilization has depended on the river since ancient times.

The dam helps control these water levels. Below the Aswan High Dam, at the northern limit of Lake Nasser, the Nile resumes its historic course. Most of the population and cities of Egypt lie along those parts of the Nile valley north of Aswan, and nearly northern edge of the lake, water pours over a waterfall, known as Ripon Falls; into a narrow opening which some people believe is the beginning of the River Nile.

The River Nile is all the cultural and historical sites of Ancient Egypt are found along riverbanks.. The River Nile creates a fertile green valley across the desert. The source of river Nile is sometimes considered to be Lake Victoria, but the lake has Feeder Rivers of considerable size. 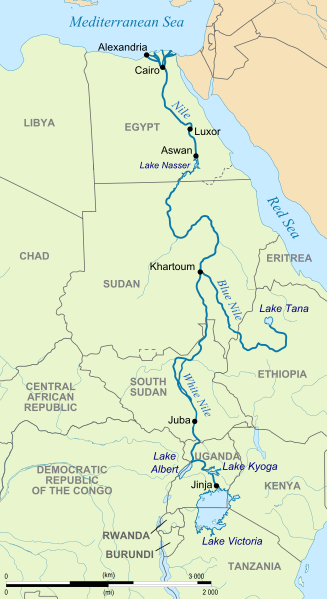 On the formed from the White Nile, this originates at Lake Victoria and the Blue Nile, which originates at Lake Tana in Ethiopia. These rivers meet in Sudan and then go on their long journey northwards towards the sea. The Nile has long been used to transport goods along its length and the first to navigate the Nile's entire length.

Winter winds blow south, up river, so ships could sail up river, and down river using the flow of the river. Luxury cruises are the most popular way to travel on the Nile. The river can handle luxury liners and smaller luxury yachts between Aswan Dam and Luxor.

A luxury cruise has excellent to opulent cabin accommodations and all the amenities of a cruise ship including gourmet meals, on-board spas or swimming pools, lounges and entertainment. Many offer planned shore trips that take passengers to the more famous tombs, temples and pyramids as well as the Aswan Dam. Feluccas are low wooden dhows, traditional Mediterranean boats with picturesque lateen sails set forward in the boat and benches amidships.