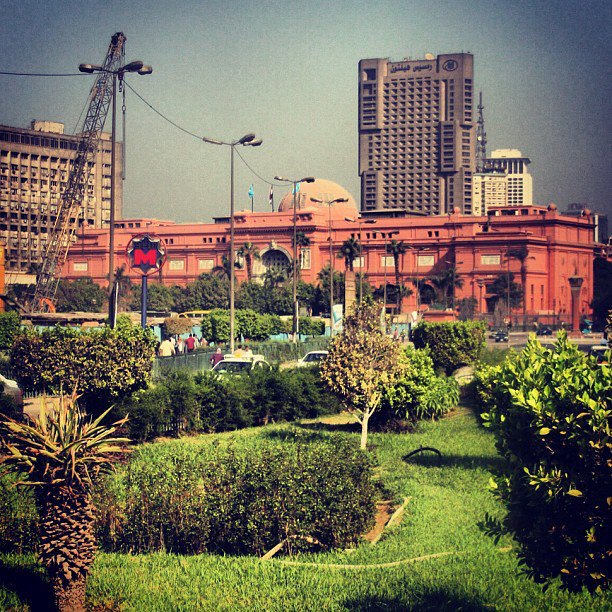 Egypt is famous for its ancient civilization and some of the world’s most famous monuments. Cairo Museum in Tahrir Square is one of Egypt’s top attractions, known as the Egyptian Museum of antiquities, houses the largest collection of Ancient Egyptian artifacts.

The Egyptian Museum in Cairo (EMC)

It was first built in Boulak. In 1891, it was moved to Giza Palace of "Ismail Pasha" which housed the antiquities that were later moved to the present building in 1900.

The current museum in Tahrir Square. During the Egyptian Revolution of 2011, the museum was broken into, and two mummies were reportedly destroyed.

Several artifacts were also shown to have been damaged. The museum opened in 1858 with a collection assembled by Auguste Mariette, the French archaeologist retained by Ismail Pasha.

The Egyptian Museum's collection includes over 120,000 items with a representative amount on display, the remainder in storerooms. As at the Louvre Museum in Paris, it is necessary to be selective during a visit.

On the first floor there are artifacts from the final two dynasties of Ancient Egypt and also many artifacts taken from the Valley of the Kings. Highlights include the objects from the Tomb of Tutankhamen and the Royal Mummy Room containing 27 royal mummies from pharaonic times.

The Museum also comprises a photography section and a large library. The Egyptian museum comprises many sections arranged in chronological order. More than a million and half tourists visit the museum annually, in addition to half a million Egyptians.