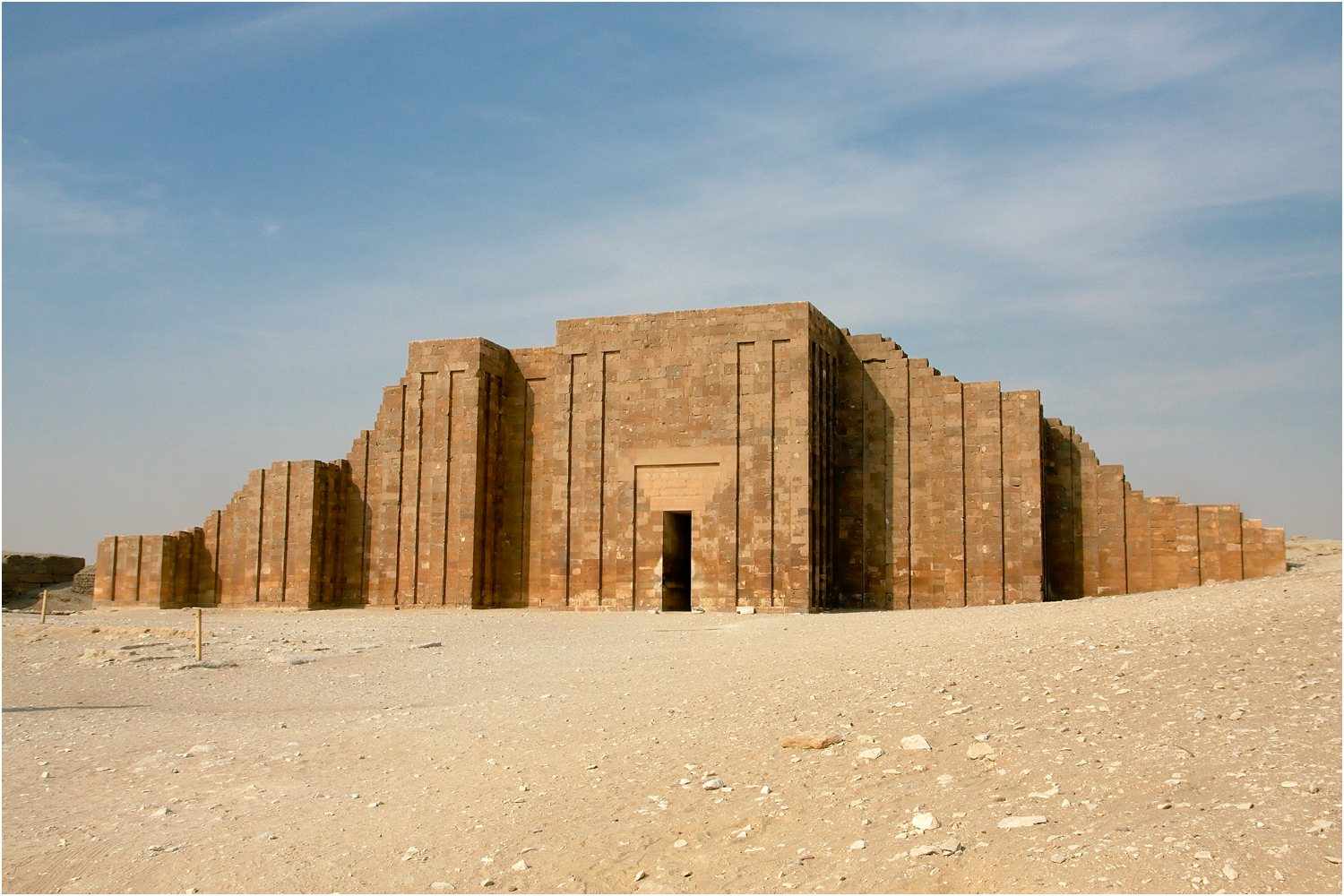 It was built for King Djoser of the 3rd Dynasty by the architect and genius Imhotep, who designed it and its surrounding complex to be as grand as it was unique and revolutionary.

Imhotep was the first to build stone tombs in honor of the king's majesty. Sakkara is also famous for its private Old Kingdom tombs (see our feature story on 1st Dynasty Tombs), which contain beautiful and revealing scenes: men force- feeding geese, cattle crossing a canal, men dragging a statue on a sled to the tomb.

The best-known tombs are those of Ti, Kagemni, the 'Two Brothers', and Ptahhotep; the most famous is that of Meruruka. step pyramid  is an archeological remain in the Saqqara necropolis.The Step Pyramid was built for the 2nd king of Egypt's 3rd Dynasty, Kind Djoser, and is considered to be the foundation on which all later pyramids were based upon.

The pyramid was built by a genius architect of the time who based the theory of the pyramid on the more traditional ancient Egyptian funerary chamber the "mastaba".This first Egyptian pyramid consisted of six mastabas (of decreasing size) built atop one another in what were clearly revisions and developments of the original plan.

The Step pyramid complex is comprised of a series of sections creating the complex, much like later pyramids. The Djoser complex or the step pyramid complex also presents the first example in which limestone was used as a construction material in a large scale venture.

The Step Pyramid of Sakkara is the original gateway to the hidden under-world of the ancient Egyptians. Sakkara is also the site of many tombs from the 1st and 2nd Dynasties. Most are made out of mud bricks, but some tombs are made of limestone, decorated with daily life scenes.