Egypt and Jordan Tours From Canada 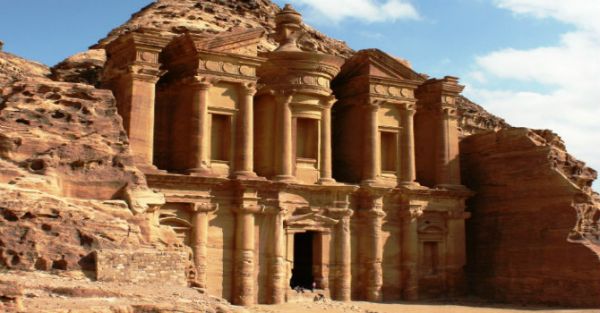 Travel experts advice vacationers to visit more than one destination if they are traveling for a long distance, thus combining both Egypt and Jordan tour packages from Canada would be perfect decision.

First of all, Canadian citizens require a visa to enter both Egypt and Jordan . This visa would be obtained from the Jordanian and Egyptian Embassy in Canada or from airports upon arrival which would be much cheaper and could be handled by the tour operator.

In Jordan, it is also quite advisable to spend a longer vacation in the country as it has so much to offer to tourists. In terms of historical sites, there is Jerash, Petra, Dead Sea and Wadi rum.

Jerash is an ancient town that flourished more than 2000 years ago. It is also one of the finest examples of Roman towns that are best preserved to show the greatness of the history in this region. Tourists traveling from Canada to Jordan would love such experiences.

Another great monument to explore in Jordan is Petra. Nicknamed as the pink city due to the color of its stone carved building and establishments, Petra served as the capital of the Nabatean back in the 7th and 6th centuries BC.

Those who are in love with nature, Jordan would never let them down. There are plenty of wonderful natural sites like the Dead Sea, the saltiest on earth and Wadi Rum, or the Valley of the Moon due to its weird looking rocks as if they come from space.

In Egypt, there is plenty to do either in north or south, by morning or night. Egypt is an amazing travel destination have attractions of may historical ages from ancient Egypt to Islamic, Coptic and modern Cairo.

2 days in Cairo are fine if you would just wander the top attractions. Giza Pyramids, Sakkara, Memphis and the Egyptian museum could be visited in a day, then Coptic Islamic and Jewish attractions in old Cairo would be in the other day.

No trip to Egypt would be complete without a Nile cruise Luxor Aswan, it is one of well known travel package that takes you to the sites of ancient Egypt, temples and tombs from Luxor to Karnak, Edfu, Kom Ombo and the Well known Abu Simbel temples.

Book this Egypt Jordan tours from Canada for unique life time experinece that would give you many stories to tell and hidden secrets to uncover.

Beyond Egypt and Jordan Tours From Canada