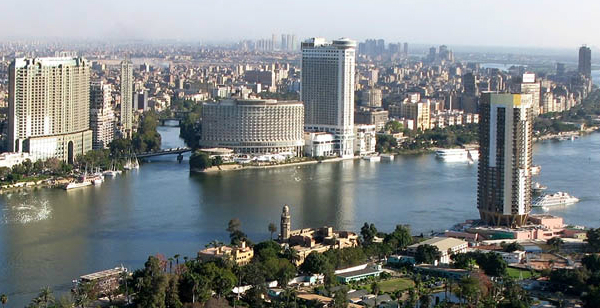 The capital of Egypt, largest city in country and an important political, cultural & commercial hub in Middle East. Cairo Egypt has a population of more than 20 million people. Learn where is Cairo, Cairo Activities and What is There to do in Cairo Egypt.

This makes it the largest city in the Arab World and the 2nd in Africa in terms of population.

Cairo has quite a distinctive centric location in Egypt. Situated in the Northern section of the country, Cairo is located just before the Nile Valley is transformed into the Nile Delta when the river begins to have two banks. It is remarkable to mention that Cairo was established around 20 kilometers to the East South of Memphis, the first capital of unified Egypt, established more than 5000 years ago. Greater Cairo is a term to define Cairo and the cities and areas around it which hosts a large number of Egyptian population.

Cairo hosts a unique variety of Pharaonic, Greco Roman, Christian, and Islamic monuments that is quite difficult to be found anywhere else in the world. This makes it one of the most important touristic destinations for tourists who spend their vacations in Egypt.

The foundation of Cairo took place during the 10th century AD. This was when the Fatimids, coming from Northern Africa, took control of Egypt. In 969, Gawhar Al Seqely, the Fatimid king, ordered the construction of the new capital that was called Al Qahera, or the Victorious.

There are two interpretations for this name. The first is that it was a symbol of the victories of the Fatimids, while the second affirms that it was called after a star in the sky that the king saw while thinking about a name for his new city.

The most important landmarks of Cairo include the Pyramids of Giza, the Egyptian Museum of Antiquities, the Saladin Citadel, Khan El Khalili, Saqqara, Coptic Cairo. These are the most visited sites. However, Cairo is considered an open-air museum of historical sites dating to various periods of the Egyptian history.