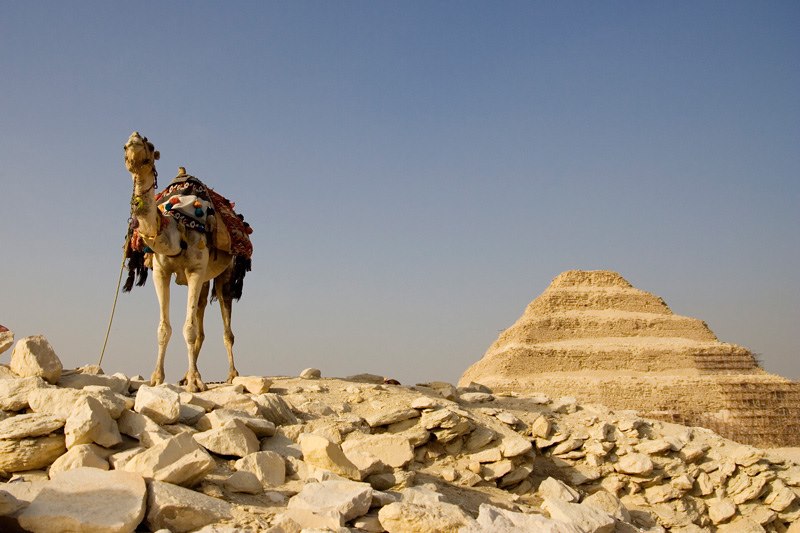 Memphis Egypt is part of Saqqara necropolis with remains of the great temple of Ptah and 2 huge statues of Ramses II still at the site. Wander Memphis Egypt Map, Facts About Memphis Egypt, Where is Memphis, Memphis Egypt Tours & Memphis of Ancient Egyptian History.

Memphis ancient Egypt Capital (Men Nefer), named "Inebu-hedj" by ancient Egyptians and translated as "the white walls". It was founded 2925 BC south the Nile delta by king Menes the unifier of ancient Egypt and the founder of the first dynasty.  The Memphis archaeological area was designated a UNESCO World Heritage site in 1979.

The ancient city of Memphis Egypt was the political and administrative hub of the country, and nearby Saqqara with its vast number of royal burial sites attests to the significance of the area.

Memphis was founded around 2925 BC by the pharaoh Narmer (Menes) who unified the two lands of Upper and Lower Egypt - thus giving birth to Memphis.

The people in Memphis believed in the local God called Ptah - who was the also the God of creation and workers (the patron of craftsmen) . He was worshipped along with his wife and son. According to legend related by Manetho, the city was founded by the pharaoh Menes around 3000 BC. Capital of Egypt during the Old Kingdom. The city was also at one point referred to as Ankh-Tawy (meaning "Life of the Two Lands").

This name appears to date from the Middle Kingdom, and is frequently found in ancient Egyptian texts. The site of the city is today uninhabited. The closest settlement is the town of Mit Rahina.

The history of Memphis is closely linked to that of the country itself. The ruins of the former capital today offer fragmented evidence of its past. They have been preserved, along with the great pyramids complex at Giza.

Memphis now is an pen air museum that Ramses the second huge statue is the masterpiece of the area. To visit Memphis you would need to book a full day trip that goes to the Pyramids of Giza, Sakkara and Memphis would be a half hour stop. You may also book a half day trip to both Saqqara and Memphis but there is not much to see there to schedule a full visit to Memphis itself.