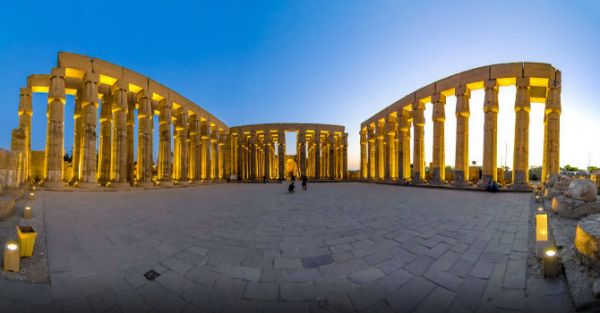 British travelers have been exploring Egypt since Middle Ages. There is large number of vacationers who go on Egypt tours from UK. The strong long relations between governments and people of the two nations encouraged exchanging visits between the two sides.

The number of travelers who tour Egypt from UK increased to 74% in 2017, according to the British Ambassador in Egypt, John Casson. The largest airlines in the UK, Thomas Cook, increased the numbers of flights traveling from the UK to Hurghada as well.

This increase in the number of Egypt tour packages from UK is mainly due to the more stabilized conditions in Egypt. After the huge decline in the number of tourists who visit Egypt in the period following the Egyptian revolution, things got better for the ones working in the tourism industry in the land of the Nile.

What is good also for travelers who tour Egypt from London and all UK is that they can get a visa, for less than 30 days, for around 25 US Dollars, from any airport in Egypt or various entry points to the land of the Pharaohs.

British tourists visiting Egypt would have a large variety of alternatives to choose from in terms of various cities to explore. They would commonly begin by visiting Cairo and explore its wonders.

Afterwards, some of them prefer to go have a great vacation on the shores of the Red Sea in cities like Hurghada and Sharm El Sheikh. Travelers who tour Egypt from the UK and who are fond of history and ancient architecture would travel to Luxor and Aswan. Located in Southern Egypt, these two cities host some of the most wonderful ancient historical sites.

How much deposit should I pay for Egypt tour packages from Uk?

To book Egyptian tours from Uk you will pay 25% of the total price as fixed deposit, it goes up to 50% for during peak periods.

What's included in the Egypt tour from London?

Do you book Egypt holiday packages from Uk with international airfare included?

Yes, when booking escorted tours to Egypt from Uk you can ask to include your international flight tickets.

Beyond Egypt Tours From Uk