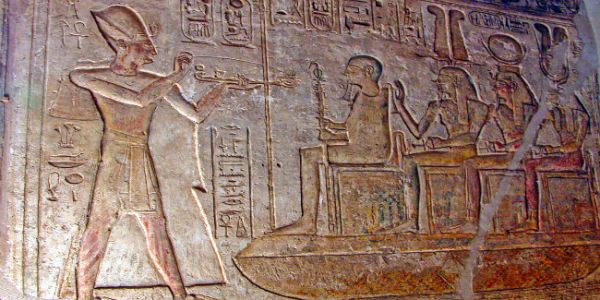 Ancient Egyptian Inventions That Will Surprise You

The ancient Egyptian civilization which emerged more than five thousand years ago resulted in many various inventions in different fields of life. Today we would be highlighting some of the most remarkable inventions of ancient Egypt.

In ancient world, some problems emerged concerning the payment of taxes. There weren’t exact days when citizens would pay their taxes. This is in addition to the need to recognize the timings of the Nile flood to avoid any problems in this regard. This motivated the ancient Egyptians to create the first calendar in human history.

The Pharaonic calendar included 370 days. Soon afterwards, the calendar had 365 days with days to be added to other years which was later known as the leap year.The ancient Egyptians realized that the Nile floods occur in a certain time every year. The also noticed that the flooding of the Nile is escorted by the appearance of a certain star over the temple that was located in Eastern Cairo today. This enabled them to create the first calendar ever in history.

Agriculture was in fact the backbone of the ancient Egyptian civilization. This is why the Pharaohs gave special attention to agriculture, its equipment, and tools. This is the reason why they invented the first plow in history. It used to consist of a large curved piece of stick from below. Metal and rock pieces were added to the stick in order to plow the lands properly and increase their harvests.

The Pharaohs used to document important matters on the walls of their temples. They also used to carve the royal decrees on rocks so the commons would read them. However, they desired a simpler way to write.

Therefore, they invented a pencil that was made out of wickers that used to grow near the Nile. They also discovered that the black ink would dry inside these pencils. This is why they began using a feather in writing, something that prevailed all over the world until the 19th century. The Pharaohs also invented the papyrus papers from papyrus plants that they used to write their important matters.

Ancient Egyptians are the first to invent toothpastes more than 4500 years ago. The Pharaohs realized the importance of preserving their teeth. This is why they invented various types of toothpastes. Some of them were made out of rock salt, ashes, egg peel, some flowers and dried mint.

The ancient Egyptians were always keen to achieve progress in their lives and to make it easier and more comfortable. This is why they invented a bed that science today proved would be the healthier and most comfortable. With its exact diagonal curve and head piece, doctors began using this bed in hospitals all over the world. The ancient Egyptians even invented a portable bed to be taken in journeys and trips.

The Pharaohs also invented the first type of chairs. They realized that people should not wake up and start walking or standing up. This is why they positioned the chair beside the bed.