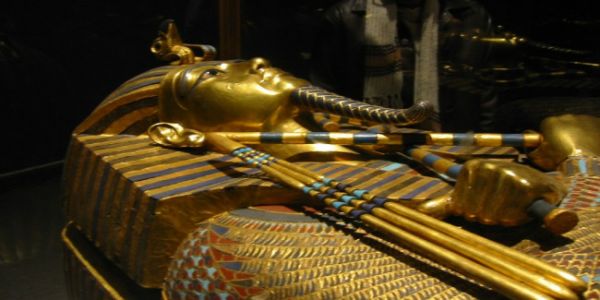 In a civilization full of wealth and treasures like ancient Egypt, Jewelry was treasured for its beauty and power. Why Did Ancient Egypt Wear Jewelry?. Uncover the Facts of Ancient Egyptian Jewelry Making, The Religious and Symbolic Significance of Ancient Egypt Jewelry.

In a civilization that was full of wealth and treasures like ancient Egypt, women, and more precisely queens and the royal family ladies gave special attention to jewelry. Even men used to wear various pieces of jewelry as ornaments, personal adornment and sometimes magical mascots that they believed protected them against evils.

Gold appeared much later in the ancient Egyptian history. The most magnificent pieces of the jewelry of ancient Egypt can be found in the tomb of Tutankhamun collection of belongings. The 18th dynasty in the New Kingdom is featured with the extensive and skilled production of various pieces of jewelry.

The collections of jewelry of Tut Ankh Amun included 143 pieces of necklaces, waistcoats, pendants and earrings. This is in addition to gold covers for the fingers and toes.

The genuine ancient Egyptian jewelry didn’t depend on the metals used and colors, but also was distinguished by its marvelous designs. Wires of gold used to be formed with golden plates to form wonderful pieces of jewelry.

Scarabs were the symbol of the morning sun as the ancient Egyptians used to view them turning around early in the morning. When the sun sets, the scarabs would disappear. This was why scarab represented fertility and good luck. They were made out of blue rocks or colored tiles.

The Pharaohs also loved emerald. This was unearthed in Egypt more than 4000 years ago. It was considered the most loved jewelry of Cleopatra. Some scholars also noted that Neuron wore eye lenses that were made of emeralds.

The production of jewelry flourished in the reign of the New Kingdom of ancient Egypt. This was due to the explorations’ journeys carried out to the Eastern Desert of Egypt on regular basis. These metals like gold were treated and formed with the help of semi-precious stones and agates and turquoises.

Since the ruling period of the New Kingdom and until the Greco-Roman period, jewelries were part of the everyday lives of men and women, the living and the dead people in ancient Egypt. The Pharaohs also used to position jewelries in the tombs with the deceased.

The ancient Egyptians also invented waistcoats that were only used in the Egyptian civilization. This was mainly made out of gold or sometimes gold plated.