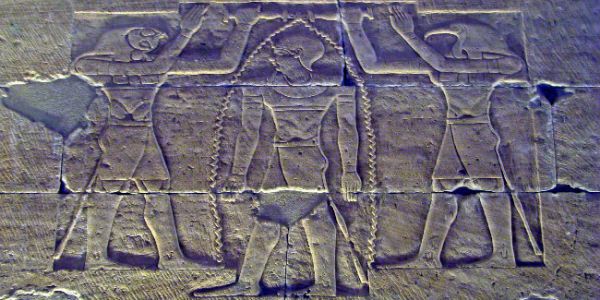 Physicians had a great stature among the ancient Egyptian society. The success of these ancient Egyptian physicians encouraged many rulers and kings from other civilizations to call upon them for their help in the curing of various diseases.

Amenhotep was the first physician in human history. He used to live in the reign of the 3rd dynasty more than 5000 years ago. Egyptians were skilled and talented in dealing with various diseases.

The medical practices of the ancient Egyptians enabled them to recognize where in the human body to cut inside to reach infected organs. With a small hole in the left hand side of the abdomen, the ancient Egyptians were able to take out all the organs of the deceased as one of the steps of the mummification process.

Fossils found in the tombs of the builders of the Giza Pyramids showed how brilliant the ancient Egyptians in terms of medicine. More than 4500 years ago, the Pharaonic doctors and surgeons used to cut infected legs or hands perfectly causing no damage to any other body organs. It is quite impressive to know that there was a medical team that used to accompany the builders of the Great pyramids in Giza all the time.

Another papyrus that dates back to the 19th century BC, during the ruling period of King Amenemhat III in 1825 addressed the ancient Egyptians managed obstetrics and gynecology cases.

There is also the Ebers Papyrus, named after George Ebers who was able to translate and understand it. This is considered the most ancient medical papyrus of all time. It dates to 3000 years BC. This famous papyrus mentioned more than 400 medicines and 877 methods of treatment of various diseases.

The ancient Egyptians also had many medical prescriptions of their own. They used to benefit from various plants and herbs to treat many various cases.When patients, for example, complain about problems in their stomach or digestive system, the ancient Egyptian physicians used Aniseeds to solve these problems.

In order to treat hypertension, the ancient Egyptian physicians advise their patients to drink hibiscus which was also used as a pain killer. Flax seeds were used to treat injuries and ulcers.

The physicians in the period of the Pharaohs were skilled to deal with more complicated medical conditions like diabetes. They used onions to regulate the sugar levels in the blood. For the treatment of burns and wounds, they used cactus to cure these problems.

For the treatment of chest and skin diseases, the ancient Egyptian physicians resorted to figs that were used as a cream to be put on the injured areas of the body. Fig was also used to treat heart and chest conditions as well.