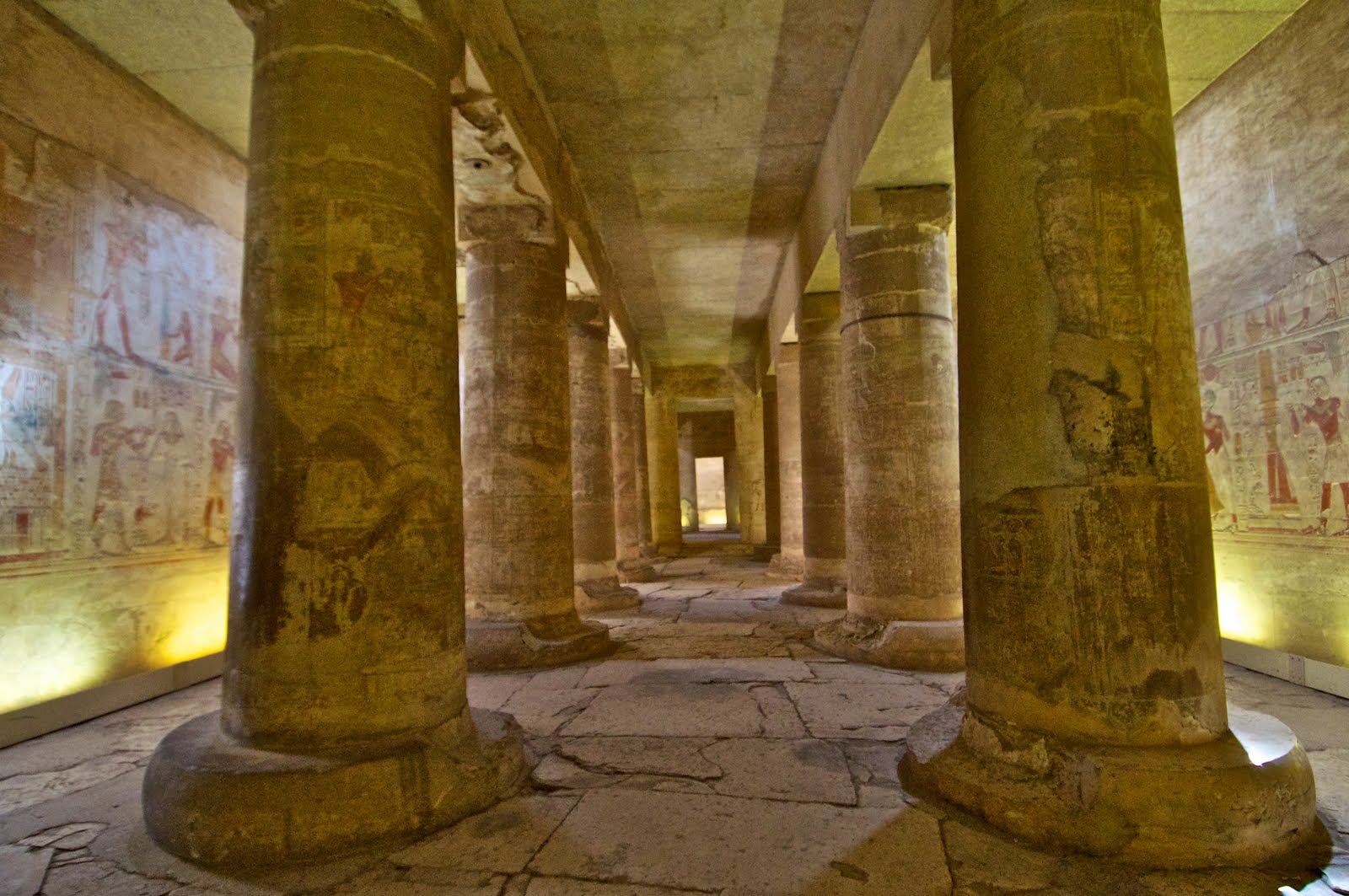 Abydos is one of the most ancient cities of Upper Egypt, also of the eight Upper Nome. Today, Abydos is notable for the memorial Abydos temple of Pharoah Seti I, the temple been built during the 19th Dynasty of Ancient Egypt.

It contains an inscription known to the modern world as the Abydos King List.

The temple that the Greeks called the Memnonium in Abydos, actually dedicated to Seti I, Osiris and Isis along with Ptah, Ptah-Sokar, Nefertem, Re-Horakhty, Amun, and Horus, is one of the major archaeological sites in that region.

Considered one of the most important archaeological sites of Ancient Egypt, the sacred city of Abydos was the site of many ancient temples, including Umm el-Qa'ab, a royal necropolis where early pharaohs were entombed.

It was begun by Seti I(The temple of Seti I was built on entirely new ground half a mile to the south of the long series of temples just described) and finished by his son, the great Ramesses II early in the reign of the latter.

The work of Ramesses II was inferior to that of his father, and it is easy to tell, even without reading the temple inscriptions, in which reign each section was completed. The front of the Temple is a square columned facade and there are 12 rectangular pillars with decoration of Ramses II welcoming the Gods Osiris, Isis and Horus.

The Temple originally had 7 gates leading to 7 shrines originally constructed by Seti I. This gate leads to a hypostyle hall, which was built and decorated by King Ramses II, where the columns are decorated with papyrus bud capitals. the structure incorporates many of the elements of New Kingdom royal tombs.

The Osireion is perhaps the most conspicuous example of religious symbolism in Egyptian architecture. Some of the tomb structures, referred to as "forts" by modern researchers, lay behind the town. Known as Shunet ez Zebib. It was built by Khasekhemwy, the last pharaoh of the second dynasty.

Another structure nearly as large adjoined it, and probably is older than that of Khasekhemwy. A third "fort" of a squarer form is now occupied by the Coptic convent; its age cannot be ascertained.