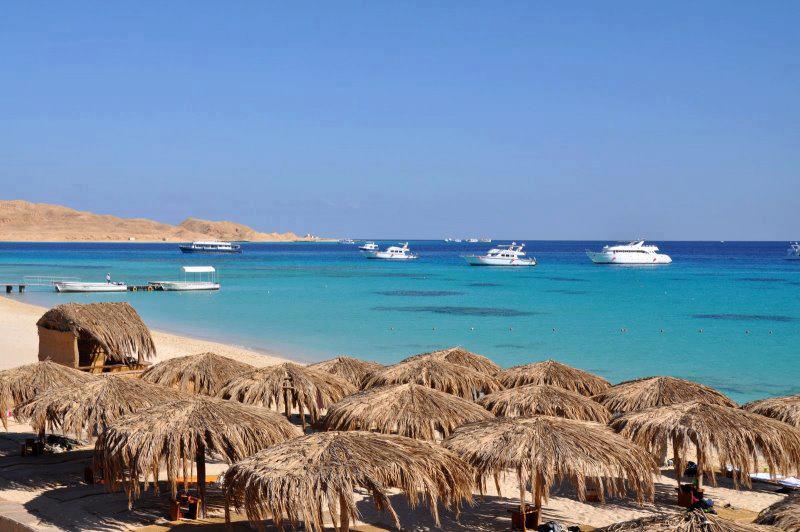 Firstly; Ras Mohammed National Park is found at the far southern tip of the Sinai where the desert edges out into the Red Sea. It is a fossil coral headland, left high and dry tens of thousands years ago, that looks out over some of the richest coral reefs you will ever see. At the southern end of the headland there is a small mangrove.

The coral reefs are teeming with life and it is one of the most famous diving locations in the world. Slightly further offshore various species of dolphins can be found. The National Park Ras Mohamed also has a lot to offer bird-lovers as it is a nesting ground for Osprey and Sooty Falcons, while White Storks pass overhead by the thousands during the fall.

The second National Park is found heading northeast up the coast of the Gulf of Aqaba, the Nabq Protected Area. It is situated on the narrowest part of the Gulf of Aqaba and it holds one of the most northerly stands of mangroves in the world. Mangroves are the most productive ecosystems on earth.

Marine life lives and breeds among the mangrove root systems, while the crowns of the mangrove form a nesting and feeding habitat for shore birds .Some of these Gray Mangroves have now adapted to growing on sand dunes where they have no food of aerial roots.

The third, Ras Abu Galum Protected Area, is found further north between Dahab and Nuweiba. The small wadi's run down from the granite coastal mountains to plunge into the sea, the Gulf of Aqaba, where one can find some beautiful coral reefs for which the Red Sea is famous. These reefs are still in a pristine condition.

The coastal plain is narrow and this area plays an important role in regulating the use of land.  Within its many channels harbors a surprising abundance of both plant (medicinal plants such as Boitheran used to treat abdominal colic) and animal life including Hyrax, Red Fox and the Nubian Ibex is found on virtually inaccessible peaks.

The fourth is the National Park is the St. Katherine Protectorate in the Sinai High Mountains which was established in 1988 (with the support of the EU) and covers about 4300 square kilometers. It is a unique high altitude desert eco-system with many endemic and rare species of which some endangered, such as the world's smallest butterfly, and hundreds of different plants of medicinal value.

Finally The Colored Canyon park; The Canyon is located about 12 km north of Nuweiba, two hours from Sharm El Sheikh. Coloured Canyon is a rock formation on Sinai peninsula. The canyon is almost 800 meters long. The nearest town to the canyon is Nuweiba. It is about 90 km north of Dahab. The canyon mouth is accessible by car, and its short length (about 700 meters) makes for perfect hiking. The walls narrow in width to just a few feet in some places, giving the channel a close and secretive atmosphere.