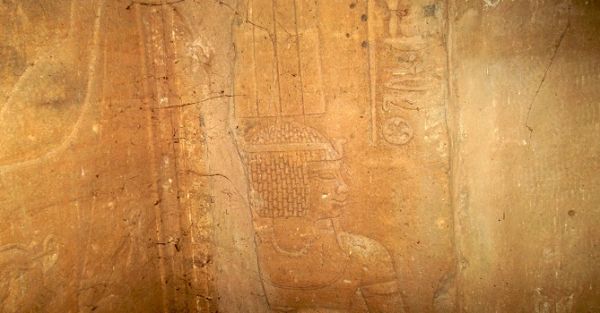 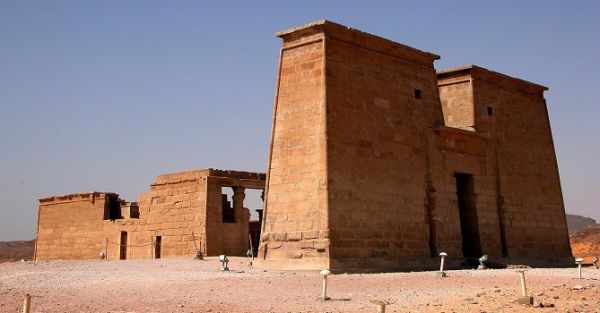 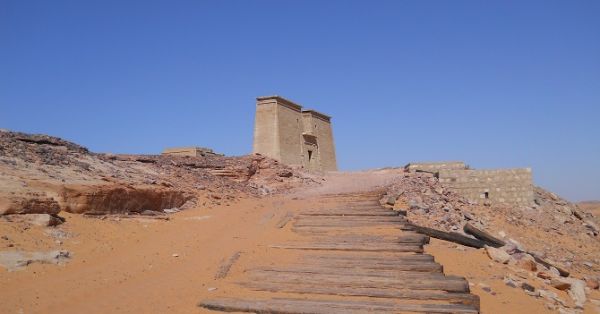 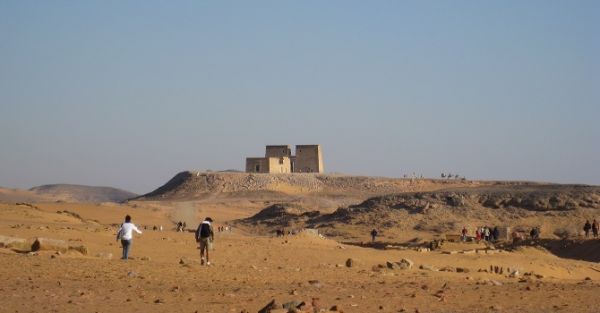 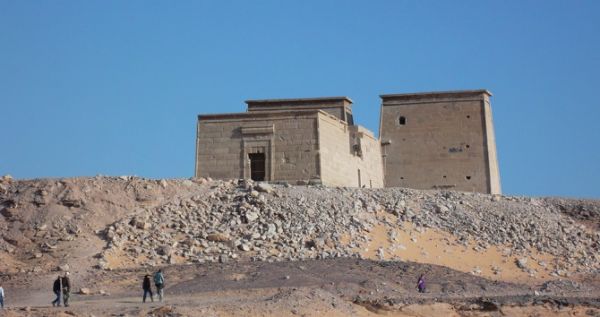 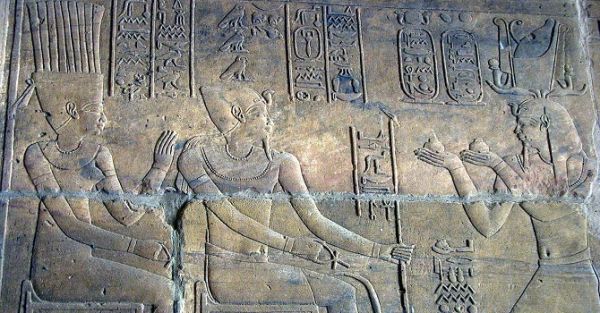 The temple of Dakka was dedicated to Thoth of the Sycamore Fig, it was originally located about 100 kilometers south of the Aswan High Dam in what we refer to today as Nubia, though much of that ancient land is covered by Lake Nasser.

The temple of Dakka was built by the Nubian Agher Amon who ruled at the time of King Ptolemy II, and later additions were added during the Greco-Roman times.

El Dakka temple was known to the Egyptians as Pselqet and to the Greeks as Pselchis. Because of the impending flooding of the region as a result of the High Dam, it was moved to the site of el-Sebua.

The temple is originally goes back to the 18th dynasty, during the time of Thutmosis III, Hatshepsut and Seti I and Merneptah. it's construction appears to have become a combined effort between these Nubian kings and the line of Greek Pharaohs in Egypt, probably commencing with Ptolomy IV, though its construction continued through the reigns of Ptolemy VIII Euergetes II and into the Roman rule of Augustus and Tiberius.

Today, Dakka temple sits dramatically on a small bluff. This is the only Nubian temple with a facade that faces to the north and oriented north-south to parallel the course of the Nile. The pylon of the temple is now separated from the remainder of the temple due to the missing enclosure walls of the open court.

Above the entrance in the pylon, a solar disk with extends its wings. On the southern side of the temple, a small entrance leads into the interior of the pylon and to a stairway that communicates with several internal rooms.

When the temple of Dakka was moved, it was discovered to contain a number of reused blocks from an earlier structure dedicated to Horus of Baki (Quban) that was built by Hatshepsut and Tuthmosisi III, though this earlier New Kingdom temple may have been constructed on the opposing shore of the Nile. This small temple contains the only spiral staircase in any Nubian temple.

However, this temple's decorative theme was never competed. It was moved to this location from its original site about 81 kilometers to the north.

Beyond Temple of Dakka