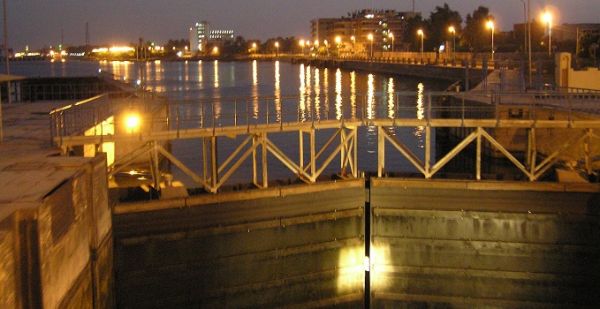 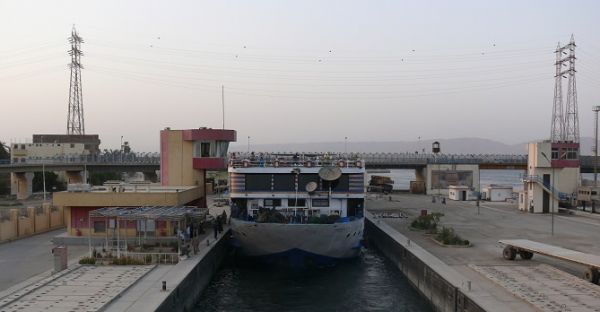 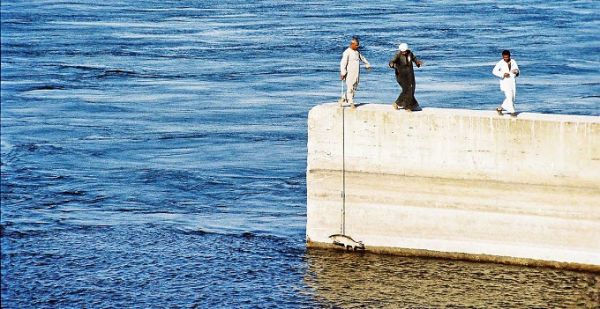 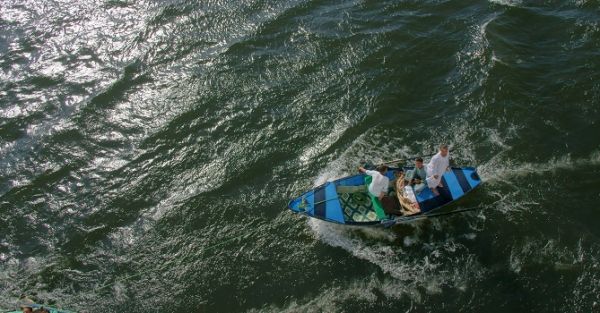 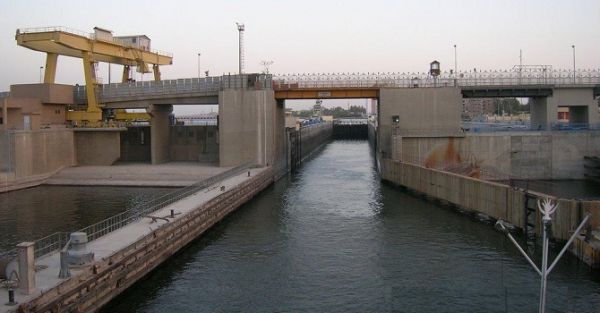 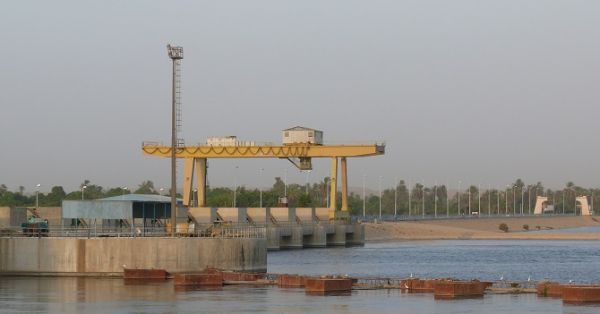 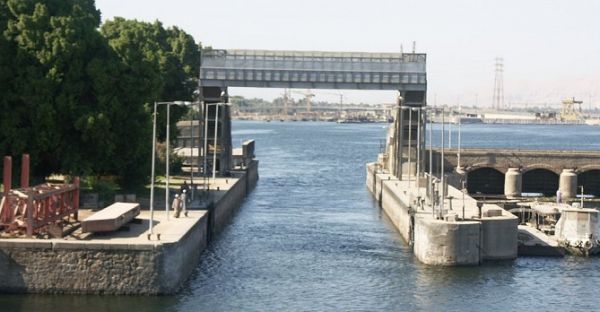 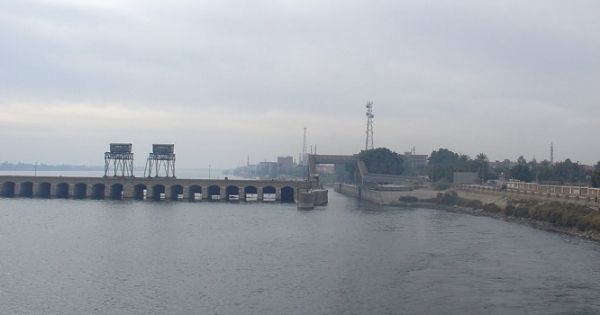 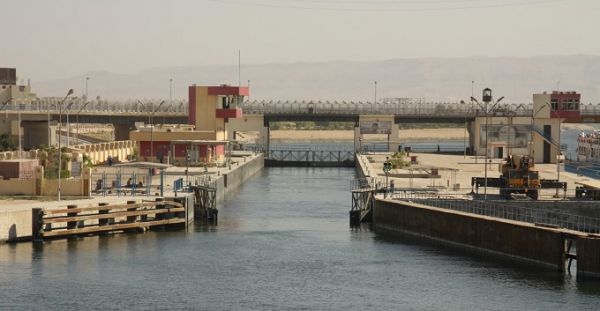 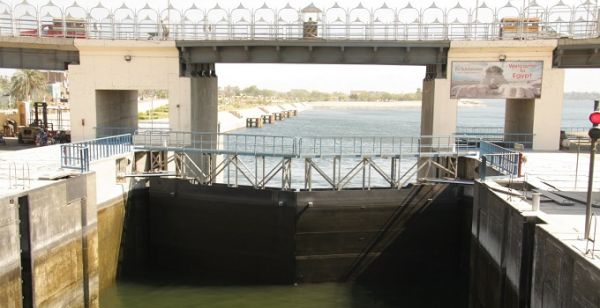 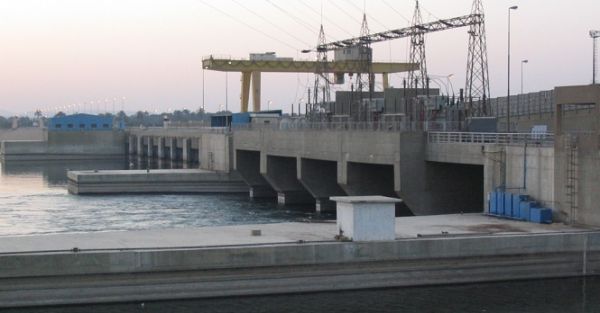 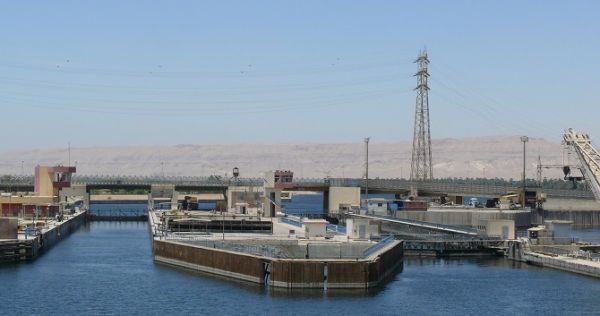 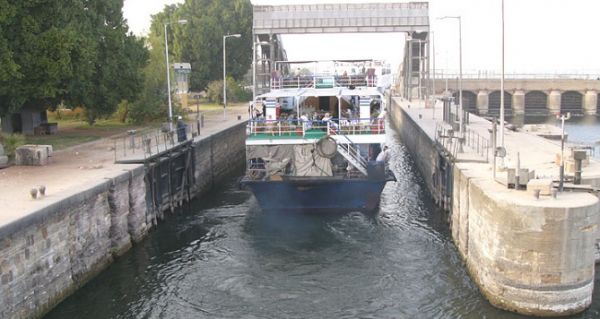 Esna Lock on the River Nile links Esna and Aswan cities. The Lock was opened January 1 st 1996 at elevation difference of 8 meters, 17 meters wide, 221 meters long and 14.6 meters depth. Its body consists of 7 Joints each of them is 20.6 meters long.

Esna Lock has 2 entrances, the front entrance is 32 meters in length while the back entrance is 29.3 meters long. 40 meters in depth Diaphragm walls deep been used to construct the Lock and a bridge been constructed and rested over the walls.

The lock is a scenic photo spot for the Nile travelers while crossing on board their Nile cruises onto Edfu coming from Luxor or onto Luxor from Edfu departing from Aswan.

Esna city is located on the west bank of Egypt River Nile, about 33 miles south of Luxor, The town was formerly part of the modern Qena Governorate. It was the ancient city of Senat, called Latopolis by the Greeks The "city of the fish" where the Nile perch was worshiped.

Today, Esna is a somewhat sleepy if busy merchant and farming town, with a weaving industry, on the west bank of the Nile where the entertainment more resides in the Saturday animal market.

The two main points of interest in Esna are its lively tourist-oriented market, which fills a couple of streets leading inland from the corniche. The other is the temple of Esna. The temple, which has only been partially excavated, is about 200 meters from the river and some 9 meters below street level.

The temple dates back to the Ptolemaic and Roman Period and one of the last temples built in Egypt, stands today in its excavation pit, 9m below the modern ground level. It was dedicated to the god Khnum and several other deities, including Neith, Heka, Satet and Menheyet. The remains of the Temple contain a hall of columns, with 24 pillars, beautifully decorated with lotus and palm capitals.

The walls are covered with 4 rows of relief's, showing Ptolemaic and Roman Emperors dressed in Pharaoh Costumes, sacrificing to the God of the Temple. On both sides of the Temple entrance there are chambers that were used by the priests and keepers of the Temple as storerooms.