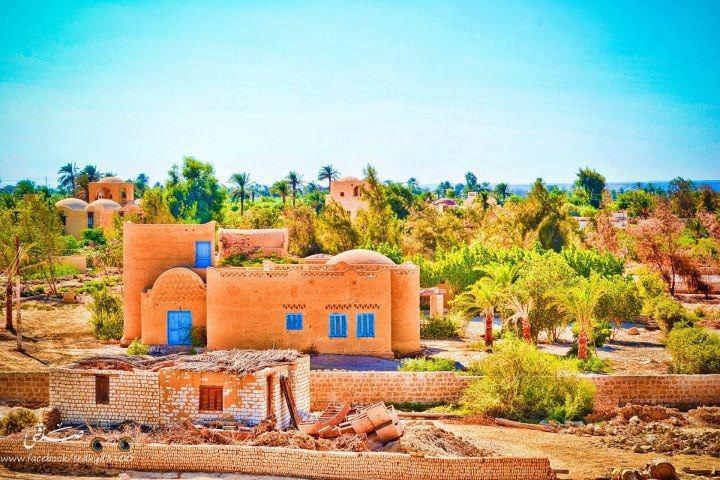 90 km southwest of Cairo about 2 hours driving. Al Fayoum is one of Egypt oldest cities & oases with historic sites from various eras. Home to multiple activities from bird watching, hiking & fishing. Uncover facts about Fayoum Oasis history and Things to Do in Al Fayoum Egypt.

What to do in Fayoum Egypt

The Fayoum is a wonderful area of Egypt with a rich and interesting history. El Fayum is one of the governors in the north-west of Egypt about 90 km from Cairo. Wadi El Hitan, Maidum Pyramid, Tunis Village, Gabal El Medawara, Wadi El Rayan, Lake Qaroun are the most popular attractions in the city.

El Fayum is renowned for its fertile land, fascinating tourist attractions that date back to ancient Egyptian time and its great history. The name of "El Fayum" comes from the Coptic word 'Phiom' , which means lake or sea since it was enclosing a sea in the Prehistoric period. Ptolemy II (Philadelophos) gave El Fayoum the name 'Philadelphia' .

El Fauoum is also renowned for its Fayimian and Meorian Cultures that date back to the 5500 to 4000 BC. People of these cultures were sedentary and knew methods of agriculture and pottery making. With the climatic changes, around 4000 BC people began to abandon Fayoum and migrate to the Nile Valley, getting in contact with the people of Maadi Culture.

However, El Fayoum remained a savage site for hunting and extracting mining salts. This is why it hosts many interesting monuments like the pyramids of  Hawara, Lahun, and Lisht, the ancient city of Karanis, Madinet Madi, and the protected area of Wadi Al Rayan.

Although the Fayoum hosts many monuments, including a number of unique pyramids, that were established starting from the reign of the Pharos and ending with the period of the Ottomans, a great number of tourists miss it and do not have the chance to visit it.

Today the Oasis, with its lakes and sanctuaries, pristine desert areas (which includes fossil remains of world importance such as Wadi El-rayan and the valley of the whales and various cultural sites, plus the rural quietude, forms an amazing and unique site of adventure, and beautiful scenery. Qasr Qarun, Qaitbay Mosque, Hanging Mosque,  Lahun Pyramids, Hawara, Wadi Rayan.

Wadi Elrayan, the largest waterfalls in Egypt, around 50 km (31 mi) from the city. The Obelisk of Senusret: It consists of a tall bar of granite that is 13 meters long and it has a round shape top. The obelisk contains a hall to install a crown or a statue of the king.

Al Fayoum Similar to the Oasis, where the desert is surrounded on all sides except the point of contact with the Nile. the desert representing 62% of its area is rich in flora , formations of geological , mountains , desert , eyes natural , birds , animals rare wildlife .

Fayoum oasis is an important Eco tourism site in Egypt for bird watching fans and scientists. It is also a common weekend destination for Egyptian families especially who live in Cairo. It is just hour and half drive by car and offers a perfect weekend visit with its amazing nature varies between the national parks, waterfalls, lake, green fields and desert.