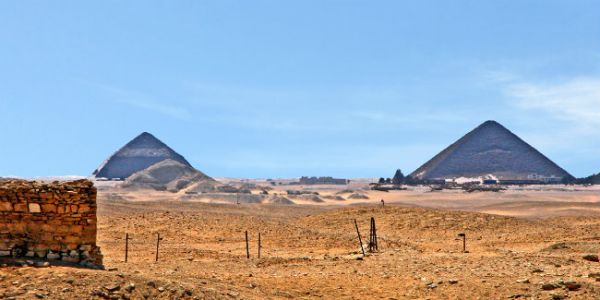 When Mentuhotep II, a Pharaoh of the 11th dynasty defeated the scattered kingdoms of Northern Egypt, he unified Egypt once again and started a new era in the ancient Egyptian history, the Middle Kingdom.

During this period, Thebes became the capital and an important political, cultural, and economic hub of Egypt. The development and growth witnessed by Thebes at the beginning of the Middle Kingdom hasn’t been seen in Egypt since the flourish of the Old Kingdom.

Despite the stature of the king or the Pharaoh was never divine as in the Old Kingdom, the monarchy in Thebes regained the status of the Egyptian Kingdom which saw a great evolution at the time.

The Pharaohs of the twelfth dynasty, who ruled over Egypt in the period from 1985 till 1795, relocated the capital again to Memphis in the North. This was carried out to enable them to be nearer to the country’s center. The kings of this period of time regained the greatness of ancient Egypt. Pharaoh like Senusret III Amenemhat III had impressive structures and pyramids near Al Fayoum, in Saqqara, and in Hawara.

The kings of the Middle Kingdom periods were able to carry out several successful military campaigns. This widened the Egyptian kingdom. The Pharaohs at the time were also smart enough to get rid of the local governors of various provinces and replace them with loyal officials. Many of these officials were emigrants coming from Palestine and residing in Egypt.

During the ruling period of the 13th and 14th dynasty, these emigrants, mainly called the Hyksos, took control of northern Egypt and gradually controlled the whole country. This highlighted the beginning of the second intermediate period.

During this period of the history of ancient Egypt, the country was divided again and local governors’ authority began rising into the scene, the same as the first intermediate period.

Once again, the inner kingdoms of Egypt began fighting one another. Moreover, several civil wars took place. However, the strength of the two brothers, Kamose and Ahmose ruled Egypt, one after the other, and were able to expel the Hyksos out of Egypt.

Kings of the Middle Kingdom

Beyond Middle Kingdom of Egypt