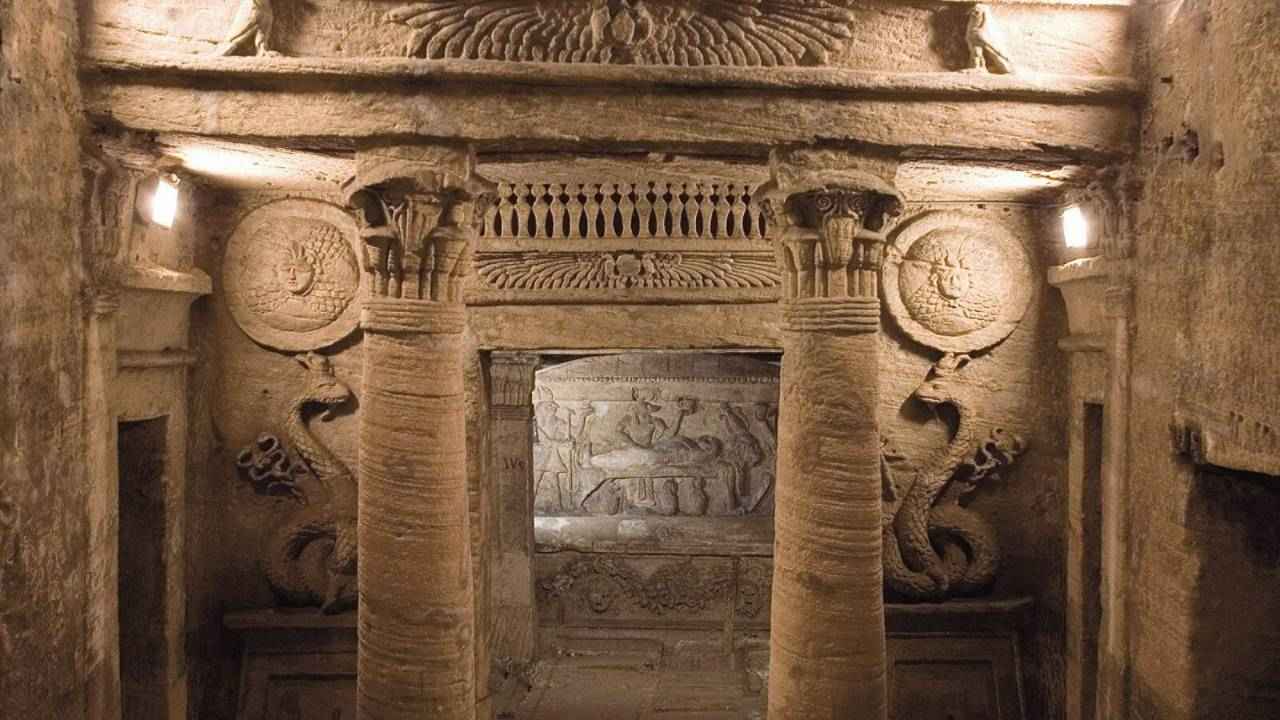 the Catacombs of Kom El Shoqafa or Alexandria's catacombs, are short distance southwest of the Pompey pillar in Alexandria Egypt. The Catacombs means underground tunnels, it is considered one of the Seven Wonders of the middle Ages.

The catacomb of  Kom El-Shuqafa (pile of shards) is one of Alexandria's most memorable monuments, it took its name from the design that  was very similar to the Christian Catacombs in Rome.

The Catacombs lie in the district of Karmouz to the east of Alexandria. The cemetery dates back to the 1st century A.D and was used until the 4th century A.D. they were only discovered in the year 1900 when one unfortunate donkey disappeared into an opening where the catacombs lay beneath, It consist of a multi-level labyrinth, reached via a large spiral staircase.

As well as well organized and beautiful tombs, there is also the Hall of Caraculla, which was essentially a mass grave. The fact that this set of tombs serviced several different cultures can also be seen by the modes of internment themselves. It consists of 3 levels cut into the rock, a staircase, a rotunda, the triclinium or banquette hall, a vestibule, an antechamber and the burial chamber with three recesses in it; in each recess there is a sarcophagus. 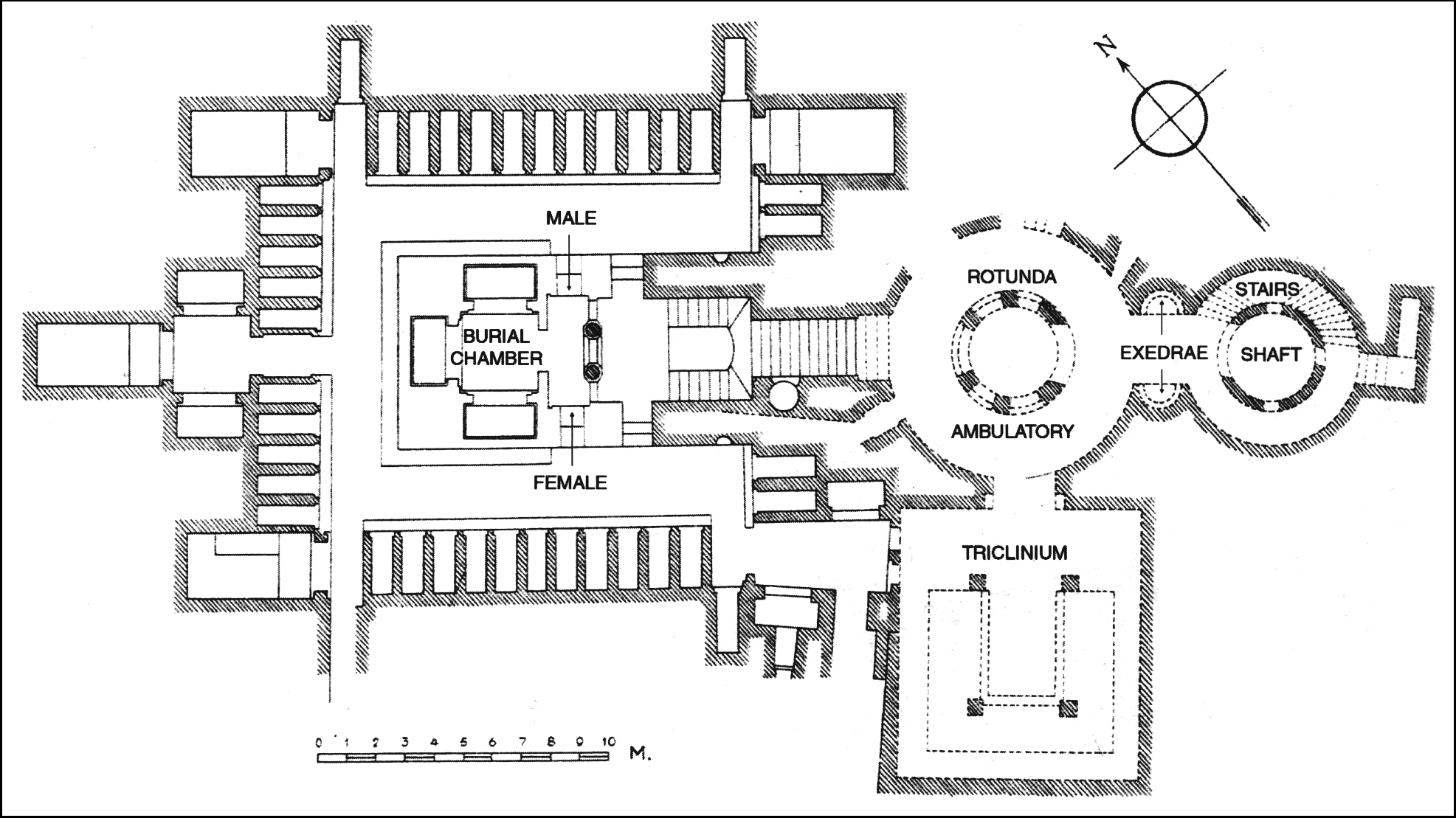 The Catacombs has a six-pillared central shaft that opens off the vestibule. It is believed by the scholars that the catacombs at first were only for one family but was later expanded into a mass burial site. Visitors can still walk down the spiral staircase that leads onto the tombs, and see the well down the middle of these stairs where bodies were carefully lowered to their burial site.

Even the designs on the walls when you reach the chamber below are still intact and certainly reminiscent of 1st century AD Egyptian style. Considering they are many hundreds of years old, the Catacombs of  Kom el Shoqafa are in incredibly good condition, and they are a great testament to the architectural style of the time.

There is also a representation of an altar between Anubis and the mummy, from which incense smoke is rising. There is also a scene depicting an Emperor, who is offering the feather of Maat to a God, probably Petah (or Ptah). Between them there is an altar, which takes the shape of the lotus flower.

Beyond Catacombs of Kom El Shoqafa