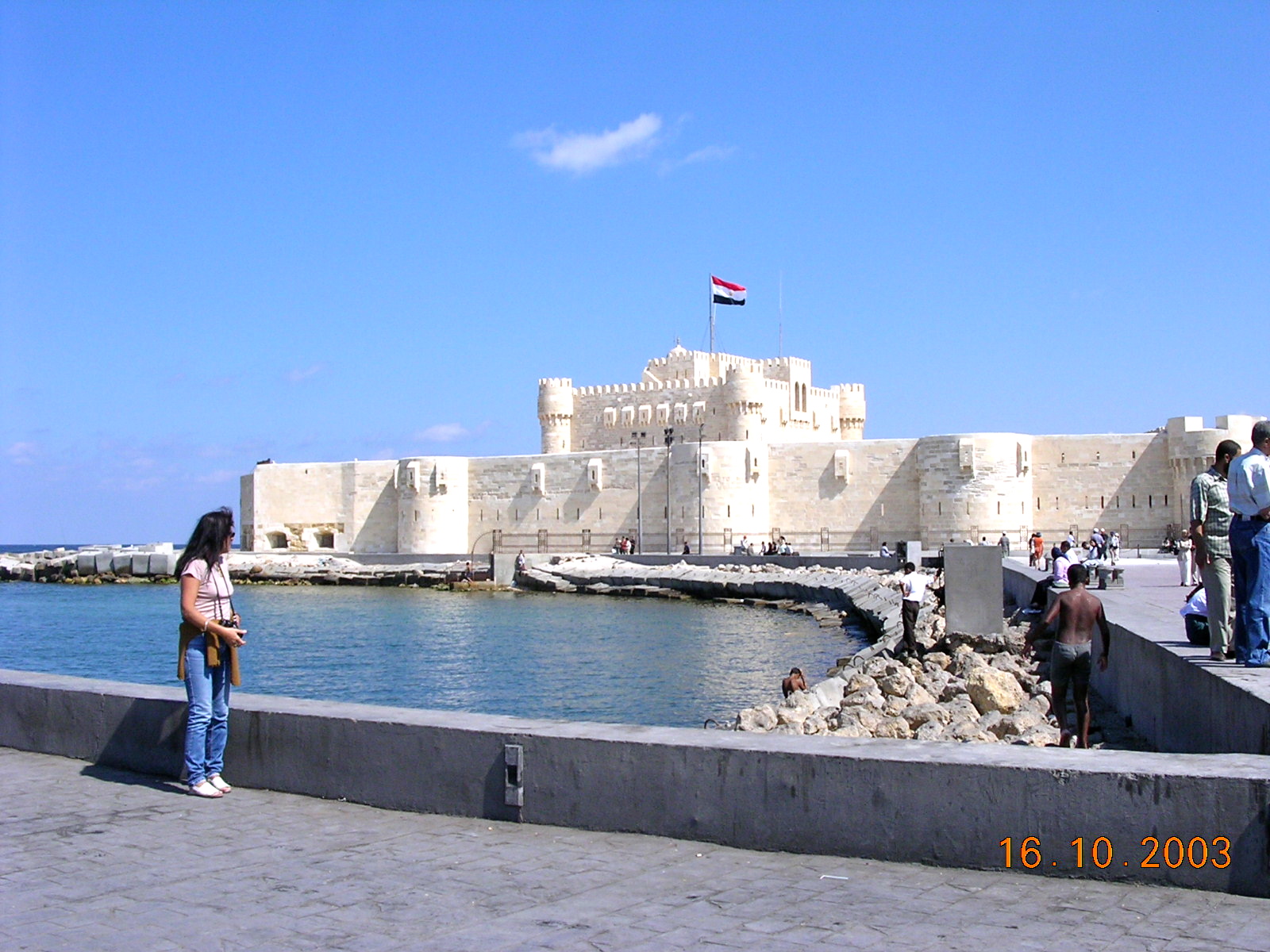 The Citadel of Qaitbay ‎is a 15th century defensive fortress located on the Mediterranean Sea coast in Alexandria Egypt. The Castle of Qaitbay, also known as (Quaitbay Citadel) is very impressive defensive stronghold in both its size and design.

Citadel of Qaitbay in Alexandria Egypt

This castle, bulit by the sultan Qaitbay around 1477 AD, is erected on the remnants of the Pharos lighthouse foundations - one of the famous Seven Wonders of the World.

The Citadel is situated at the entrance of the eastern harbour on the eastern point of the Pharos Island. It was erected on the exact site of the famous Lighthouse of Alexandria, which was one of the Seven Wonders of the Ancient World.

The lighthouse continued to function until the time of the Arab conquest, then several disasters occurred and the shape of the lighthouse was changed to some extent, but it still. The lantern at the top of the lighthouse remains a mystery. Some say it contained a polished steel mirror that reflected light by day and fire by night.

The founder of the Citadel of Qaitbay is a Circassian Sultan named Al-Ashraf Abou Anasr Saif El-Din Qaitbay El-Jerkasy Al-Zahiry (1468-1496 AD) who was born about 1423 AD (826 AH). He was a Mamluke who had come to Egypt as a young man, less than 20 years old.

When Mohammed Ali became the ruler of Egypt in 1805, The Citadel retained the interest of Mohammed Ali's successors until the year 1882 when the Orabi Revolt took place The British fleet bombarded Alexandria violently on 11 July 1882 and damaged a large part of the city, especially in the area of the Citadel.

The entrance of The Citadel is through a gateway made of red Aswan granite. Located beside the mosque is a cistern that was used to store water in case of a siege. The Citadel now contains a wonderful Aquarium and Marine Life Museum as well as a Naval Museum.

Egypt Tours Including Citadel of Qaitbay

Beyond Citadel of Qaitbay