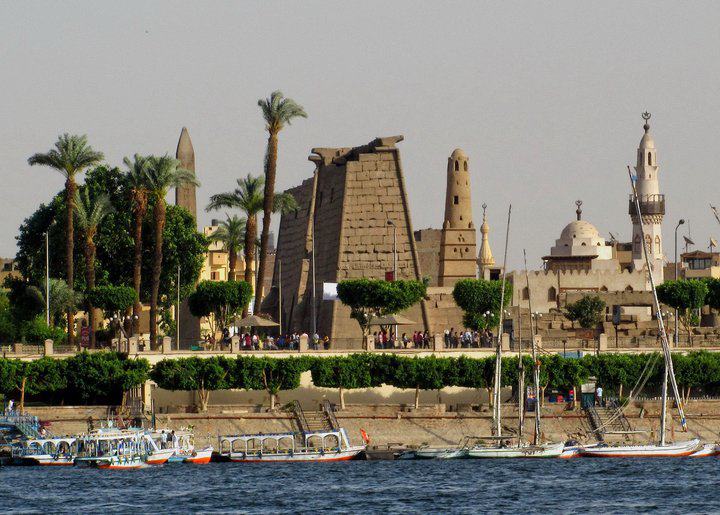 In ancient times it was known as Waset and later Thebes under the Greeks. Homer is said to have described Luxor as the ‘City of the Hundred Gates’. Travel to Luxor and you will know why it is one of Egypt's great tourist attractions and one of the world’s greatest cities.

It is, in fact, one of its most astonishing, if not singularly the best, outdoor museum anywhere on the planet and offers visitors the chance of seeing almost a third of all the ancient antiquities known to man in just a few kilometers. The temples and structures that have stood for thousands of years are beautifully preserved.

The East Bank of Luxor refers to the central part of Luxor Township, centered on the twin foci of the Temple of Luxor and the Temple of Karnak. The East Bank represented the main settlement of the living throughout the millennia - a role that has hardly changed. The vast majority of hotels and tourist facilities are to be found in the East Bank.

The Luxor Temple is an astonishing sight from the cornice (usually just referred to as 'the Corniche', running along the east bank of the Nile and connecting most of the major attractions). It is particularly attractive when subtlety lit in the evening. Dating from the time of Amenhotep II and Ramses II, it is dedicated to the god Amon Ra and his wife Mut.

Heading out of the Luxor Temple towards the next ‘must see’ sight,the Karnak Temples, you will reach the Luxor Museum on the corniche. Be sure to go inside.

The Karnak Temples is the largest ancient religious site in the world; the complex takes its name from the village of Al-Karnak and, in fact, comprises three distinct temples.

It is the largest, the Precinct of Amun-Re, is ancient and dedicated to the god Amon. It is the only area open to the public. . Once inside the building be sure to see the huge statue of Ramses II, one of the iconic images of the Karnak Temples.