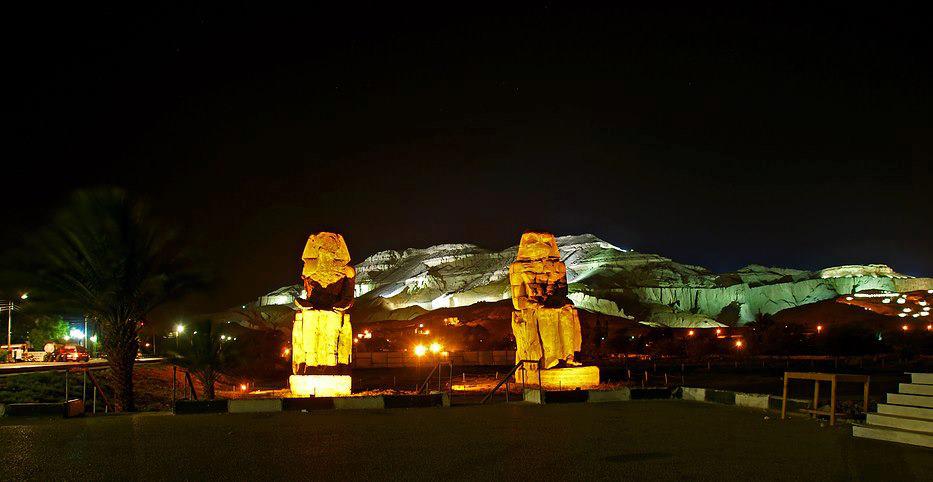 Thebes or ancient Luxor is one of the world’s greatest cities as the East and West Banks of Luxor Egypt are an archaeological paradise. It is much more than what we refer to as the Valley of the Kings, though many have called the whole of the area by that name.

It is, in fact, one of its most astonishing, if not singularly the best, outdoor museum anywhere on the planet and offers visitors the chance of seeing almost a third of all the ancient antiquities known to man in just a few kilometers.

Although the vast majority of visitors to Luxor still tend to stay on the East Bank, a growing number now consider the West Bank as a good accommodation option - once you're awake, no need to bother crossing the river.. all the sights are right at your doorstep.

The West Bank of Luxor in Egypt is even more of an archaeological paradise than the East Bank. It is much more than what we refer to as the Valley of the Kings, though many have called the whole of the area by that name.

In fact, many good books on the west bank at Luxor (ancient Thebes) are titled, "Valley of the Kings", even though they cover the entire area. The West Bank, which was always the main area for cemeteries and mortuary temples. It means antiquities, means pharaonic tombs and mortuary temples from the middle kingdom.

The Valley of the Queens, This area is inappropriately named, because it houses family members of the kings, including both males and females, and even some high officials. There are about 80 numbered tombs in this area, probably the most famous of which is that of Queen Nefertari, but the tombs were an integral part of larger mortuary complexes.

Deir el-Medina which contain the ruins of a village that housed the craftsmen and workers who dug and decorated the tombs and other Theban monuments. The Temple is that of Ramesses III located at Medinet Habu(the Mortuary Temple of Ramesses III). The palace, one of the southernmost monuments in the Valley, is at Malkata, just south of Deir el-Medina, and belonged to Amenhotep III.

The two huge statues known as the Colossi of Memnon, the funerary temple of Ramesseum and the landmark temple to the great female pharaoh Hatshepsut, the elegant building known as the Temple of Queen Hatshepsut at Deir El Bahari.